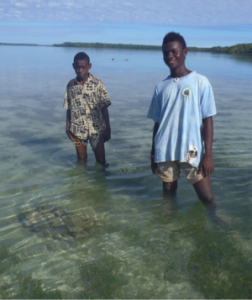 Local boys show the location of a heavily encrusted piece of ordnance in shallow water.

It’s been over 70 years since World War Two swept through the Pacific, and the Solomon Islands found themselves at the center of a bitter struggle between Japanese and Allied forces. Though the most-remembered campaign in the region is probably the Battle of Guadalcanal, war raged throughout the archipelago, and left behind one particularly dangerous legacy – unexploded ordnance (UXO) littered throughout the islands.

In a time when the technology was less reliable, a high failure rate (some estimates are up to 25%) left thousands of grenades, bombs, mortars and other ordnance behind in various states. Some were fused and had been fired (and failed), and some were simply abandoned stockpiles and ammunition dumps. 70 years after being bombarded by land, sea, and air, these weapons remain in the water, in the jungle, in people’s gardens – anywhere and everywhere, and still potentially lethal.

In 2013, Marc Graham, as GeoCAD Analyst with the New Zealand Defence Force (NZDF), was part of the multi-national Operation Pukaurua, a joint effort to find and safely dispose of these items. The operation included the NZDF, Australian, Canadian, and US Defense Forces, and local authorities. 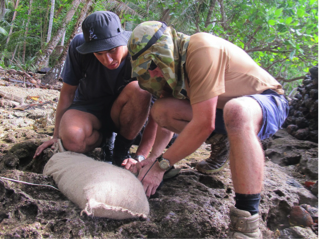 Survey and Explosive Ordnance Disposal teams located the objects however possible, and as they were often obscured, relied heavily on local knowledge to find them. Spatial information, analysis, and a common operating picture were key – and Marc’s group managed that data using Esri technology throughout the operation, generating a highly dynamic enterprise database containing comprehensive reporting through all stages of the operation.

Data management was tightly coupled with the hands-on effort during the operation, enabling the effective flow of data both to and from the central SDE geodatabase. What they didn’t have, though, was a means to distribute the results back to stakeholders (from multiple countries) that wasn’t tied to professional-level GIS.

They also wanted to attach a variable number of images to each UXO point and retain the GIS attributes. The logical choice was KML and Google Earth, which would provide both great context for the results with imagery and terrain and a simple interface for non-pros.

“I attempted to achieve this through the use of Python scripting within ArcMap, but quickly realized that I needed a repeatable and scalable solution that provided more control over the KML output without having to write a lot of custom code,” said Marc. “As we had recently acquired FME Desktop I thought I would give that a go.”

Marc put together a workspace that neatly handles all of this in an impressively concise manner, and it’s largely the way in which he handles the thousands of photos that makes it happen. A file-naming convention for the images provides linkage to the geometry features, and by converting the images to binary rasters, he treats them essentially as string attributes, which makes handling the variable number of images in the display balloons manageable. 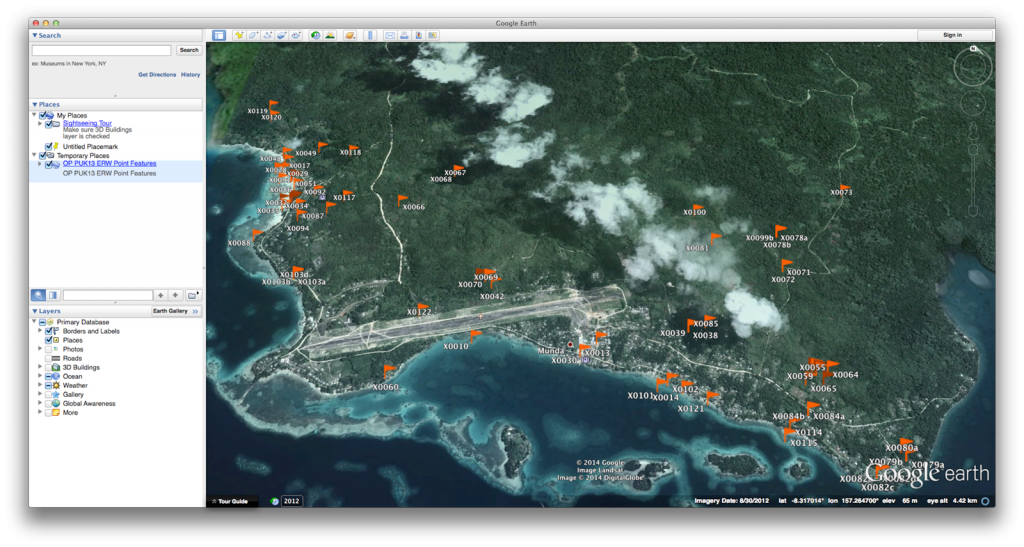 Google Earth provides a well-known and simple interface for browsing the data – click to enlarge.

Sounds straightforward, but it’s trickier than you might think – and it’s the variable number of images that took a bit of outside help to nail down. Gary Nicholson, Certified FME Professional at Safe Partner Locus Ltd. of Auckland, created a looping custom transformer that uses lists and counters to concatenate the image strings, producing the type of results you see here. 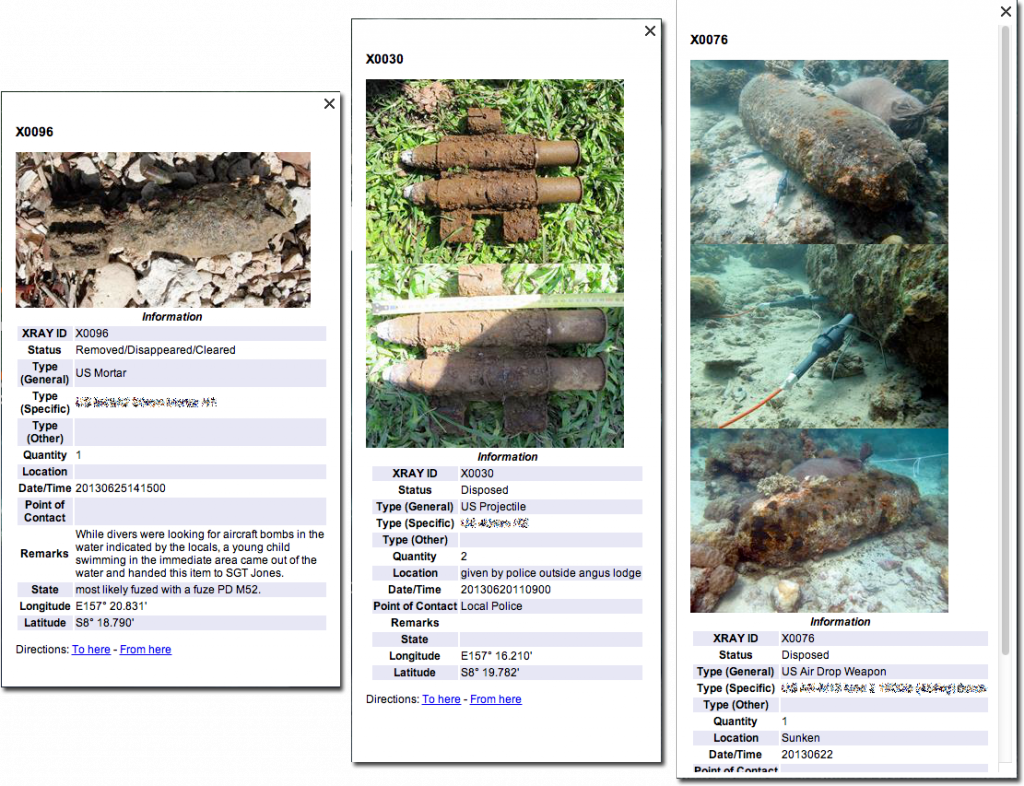 Operation Pukaurua concluded with the successful removal of over 2000 items. “It was immensely satisfying for Locus to bring its FME expertise and resources to such an important project,” says John Arnerich, Director at Locus. “Marc’s presentation at our FME World Tour event in Auckland this year was a highlight.”

We’ve seen KML utilized for an amazing variety of content and purpose recently, from serious applications like this and the BC Coroner’s Service investigations data to the not-so-serious (yes, cats). It certainly has proven to be a great way to provide spatial data to non-experts (and sometimes experts, too).

To learn more about how you can use FME to transform and style your data for Google Earth, check out this webinar – KML 101 – How to Create Amazing Maps in Google Earth and Maps. And FMEpedia is full of tips and advice from beginner to advanced. 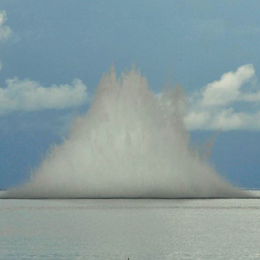