It took Michelangelo 4 years to paint the ceiling in the Sistine Chapel.

It took Beethoven 4 years to write his fifth symphony.

It’s been two years since we started the cadence of a .0 / .1 release, and a whopping 8 years since we began the tradition of wrecking our marketing group’s Christmas and unveiling a new release in early January. But a couple of externalities have caused us to somewhat tweak the schedule for 2017. Relax, a change is at least as good as a rest, and Safe’s 2017 calendar is jam packed with excitement.

From May 24-26 we’re welcoming FME users from around the world to 4 days of FME success stories, best practices, tips, tricks, learning, futures, and, of course, good food and good fun. The FME UC 2017 promises to be our biggest and best event ever, and we’re really hoping you’ll join us.

The conference theme is shaping our world through data and we’re very excited to have Chris Hadfield, Canadian Astronaut, former commander of the International Space Station, and intergalactic recording artist, kick off the conference speaking to us as one who has used his own eyes to do remote sensing of our planet. With the deluge of data pouring down from new sensors into the cloud computing infrastructure and ultimately, with FME 2017, to the fingertips of geospatial users everywhere, we think Chris’s perspective will give us some clues as to how we should think about this data we’re all going to be swimming in. 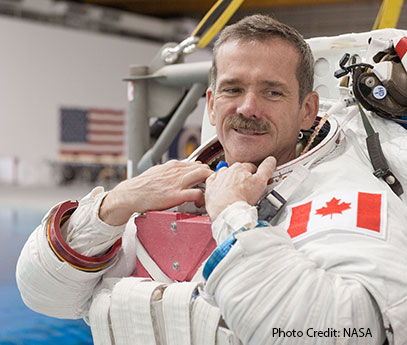 But if we’re doing an FME UC in May, what does that mean about the annual FME World Tour (and yes, we’ve been doing that every spring since 2010: An FME Odyssey)?

We just can’t give up the chance to go and spend a day with thousands of our users in 73 of their own cities, so we’re doing the FME World Tour a bit earlier this year. It kicks off on March 1st to ensure we’re all back home in time for the FME UC.

With the FME World Tour starting early, we thought it would be best to use it to celebrate FME 2017.0 and so we’re going to hold off on the official release until March 1st.  However, make room in your calendars for the FME 2017.0 unveil webinar on January 17th.  We’ll be making available an FME 2017 Release Candidate that day, and inviting your feedback on all the goodies our elves here have been working on for the past year.

Actually, you don’t have to wait until then — you can grab the current FME 2017 beta and experiment over the holidays.  I know I’ll be rushing down the stairs on Christmas morning anxious to try reading Shapefiles directly from Dropbox in my FME workflows.

Phew. 2017 is definitely shaping up to be an action-packed, exciting, masterpiece of a year and a release.  We’re really looking forward to sharing it with you.

Orson Welles telegraphs his approval of the March 1 ship date for FME 2017.0.