What is Spatial Data?

noun • [spay-shull day-ta] • data which is representative of a specific, geographic location on the surface of the Earth.

No matter what your interests are or what field you work in, spatial data is always being considered whether you know it or not. Spatial data, also known as geospatial data, is a term used to describe any data related to or containing information about a specific location on the Earth’s surface.

See more: Why You Should Care About Spatial Data

Spatial data can exist in a variety of formats and contains more than just location specific information. To properly understand and learn more about spatial data, there are a few key terms that will help you become more fluent in the language of spatial data. 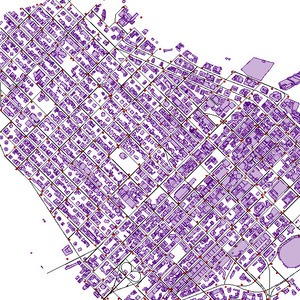 Vector data is best described as graphical representations of the real world. There are three main types of vector data: points, lines, and polygons. Connecting points create lines, and connecting lines that create an enclosed area create polygons. Vectors are best used to present generalizations of objects or features on the Earth’s surface. Vector data and the file format known as shapefiles (.shp) are sometimes used interchangeably since vector data is most often stored in .shp files. 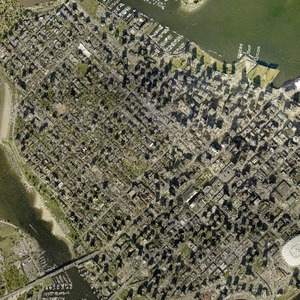 Raster data is data that is presented in a grid of pixels. Each pixel within a raster has a value, whether it be a colour or unit of measurement, to communicate information about the element in question. Rasters typically refer to imagery. However, in the spatial world, this may specifically refer to orthoimagery which are photos taken from satellites or other aerial devices. Raster data quality varies depending on resolution and your task at hand.

Spatial data contains more information than just a location on the surface of the Earth. Any additional information, or non-spatial data, that describes a feature is referred to as an attribute. Spatial data can have any amount of additional attributes accompanying information about the location. For example, you might have a map displaying buildings within a city’s downtown region. Each of the buildings, in addition to their location, may have additional attributes such as the type of use (housing, business, government, etc.), the year it was built, and how many stories it has.

To identify exact locations on the surface of the Earth, a geographic coordinate system is used. Normally, an x and y-axis are used in mathematical systems, but in geography, the axes are referred to as lines of latitude (horizontal lines that run east-west) and longitude (vertical lines that run north-south). Each axis represents the angle at which that line is oriented with respect to the center of the Earth, and so the units are measured in degrees (°)

*more on projections and coordinate systems below

Georeferencing and geocoding are different but similar processes since both involve fitting data to the appropriate coordinates of the real world. Georeferencing is the process of assigning coordinates to vectors or rasters so they can be oriented accurately on a model of the Earth’s surface. The data used in geocoding are addresses and location descriptors (city, country, etc.). Each of these locations is given the exact coordinates of reference for that location on the surface of the Earth.

What is a GIS?

The most common way that spatial data is processed and analyzed is using a GIS, or, geographic information system. These are programs or a combination of programs that work together to help users make sense of their spatial data. This includes management, manipulation and customization, analysis, and creating visual displays. A user will typically use multiple spatial datasets at one time and compare them or combine them with one another. Each spatial dataset may be referred to as a layer.

If you were using GIS for a municipality project, you might have vector data like street data (lines), neighbourhood boundary data (polygons), and high school locations (points). Each dataset would exist as its own layer in your GIS. Placement of layers is important for visual purposes as it will help you understand the various types of data and present your findings in an easily understandable way. In this case, you would want to make sure that high school points and street lines are layers above neighbourhood boundaries. Otherwise, you would not be able to see them.

The field and study of GIS extends much further than digital mapping and cartography. It consists of a variety of categories including spatial analysis, remote sensing, and geovisualization. In these GIS fields, the spatial data becomes much more complex and difficult to use.

In addition to raster and vector data, there is also LiDAR data (also known as point clouds) and 3D data. LiDAR data is data that is collected via satellites, drones, or other aerial devices. 3D data is data that extends the typical latitude and longitude 2-D coordinates and incorporates elevation and or depth into the data. While complex, this data is rich with information and can be used to solve a variety of problems pertaining to the Earth’s surface.

Maps are a common practice of presenting spatial data as they can easily communicate complex topics. They can help validate or provide evidence for decision making, teach others about historical events in an area, or help provide an understanding of natural and human-made phenomena.

When creating visuals, graphics, or maps with spatial data, there are a variety of geographic elements to consider. One of the most important and coincidentally most problematic elements is projection. The projection of a map describes the way that the Earth’s surface, a three-dimensional shape, is flattened and presented on a two-dimensional surface. No projection is perfect and depending on your projection you may be sacrificing accuracy in shape, area, distance, or direction.

Maps can also be used to present what are typically non-visual elements of society. For example, the occurrence of certain events, income level, any demographic descriptor, or relationships like the number of heat strokes in an area compared to temperature. A simple display method is a classification map, also known as a choropleth map.

Choropleth maps easily communicate differences, consistencies, or patterns across space. Classified areas in a choropleth map will have distinct boundaries whereas heat maps, which demonstrate the concentration or density of a phenomenon, have indistinct boundaries. Classification or heat maps can be used as the bottom layer for other variables like car accidents or crime to highlight certain trends and potential correlations.

As it is with any data, to truly make sense of spatial data and understand what it is saying you must perform some level of statistical analysis. These processes will help you uncover answers and lead you to make better decisions for your organization. The major difference between spatial data and all other types of data when it comes to statistical analysis is the need to account for factors like elevation, distance, and area in your analytical process.

While spatial data has long been used for analyzing and presenting the Earth’s surface, it is not limited to the outdoor environment. There are many architectural, engineering, and construction (AEC) companies that use CAD (computer-aided design) and BIM (building information model) data in their day-to-day activities. While CAD and BIM may not necessarily be thought of as traditional spatial data, they and other AEC formats also need to consider many spatial elements to understand their work.

Mapping is also no longer limited to the natural world. Indoor mapping and wayfinding are becoming much more popular especially in large buildings and institutions like malls, arenas, hospitals, and campuses. This field of study is new but shows no signs of stopping. Everyone has a smartphone these days and uses it to help them navigate the natural world, so why not help people navigate the indoors too?

Spatial Data On The Web

While there are many tools and software that can help you make use of spatial data, FME is the software of choice for those that need to integrate their spatial data. Safe Software and FME came into existence because of this exact problem. Spatial data varies widely and is often stuck in formats that cannot be easily used by all applications, making it extremely difficult for GIS experts to make use of all the information they have. While it was possible to transform proprietary formats in the past, much of the data would be lost in the conversion. Thus, FME was born.

FME is recognized as the data integration platform with the best support for spatial data worldwide. However, it can handle much more than just spatial data and can be easily used by IT and business professionals. FME supports 450+ formats which makes it a flexible data integration tool for those dealing with a large variety of data formats.

Safe Software, the makers of FME, are leaders in the technology world that strive to stay one step ahead of the data integration trends. FME is continuously upgraded to ensure it has been adapted to support new data formats, updated versions of data formats, and large amounts of data. Gone is the idea that individual departments must work in their data silos, with IT structures limiting the company’s potential to truly work as one. Data should be able to flow freely no matter where, when, or how it’s needed.

Why You Should Care About Spatial Data

What is Geospatial Data?

8+ Ways to Visualize Spatial Data in a Web Browser

Chat with us about pricing, products, and more!