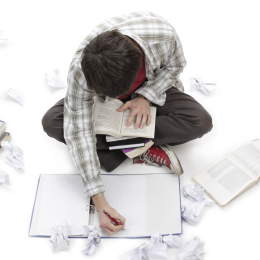 By now you’ll have (I hope) upgraded to 2014 and taken advantage of some of the new features and functionality. From my point of view updates can classified in one of three areas and, having already covered Workbench improvements and Transformer updates, it’s time for me to look at the third of these: Readers and Writers.

As usual we’ve added a whole bunch of new formats – twenty-one (21) by my count – and these seem to reflect some modern trends in spatial data. There are many cloud formats and some important updates to 3D and BIM data formats too. But there are also some updates to older CAD and GIS formats, filling in the gaps I suppose you could say.

Anyway, I realize that not everyone is going to be interested in every format, so for this top-ten I’ve tried to pick out updates that I think will be of most interest to the most people, and made the points fairly brief so it’s easier to skip items that don’t interest you. I haven’t mentioned null support because we included it in so many formats – check out the list here if you want to know which.

I wouldn’t blame you if you’ve never used – or even heard of – the Aeronautical Information Exchange Model. But if you ever journey by air then you’ll be grateful for this format because it’s the means by which navigational and other airspace information is passed between systems. For an interesting read on the subject check out Wikipedia first, then a site like the UK National Aeronautical Information Service.

For FME, the big update is that we now have a Writer for Version 5 (actually v5.1) of this format. Version 5 is an important update so it was vital FME supports it. Technically, it being an XML-based format, you could have written data with the XMLTemplater transformer, but a dedicated writer like this is way better.

Did you know that FME doesn’t just read JPEG files, but also the Exif information that comes attached?

Exif (Exchangeable image file format) is metadata for a JPEG file, and includes location data from geotagged files. FME has been able to read these tags for a while; there’s to be a JpegGPSPointReplacer transformer in the FME Store and Certified Professional Ulf Mansson blogged about how FME could read these Exif tags.

So Ulf will probably be happy to know that in FME 2014 we’ve expanded the JPEG Reader to add support for some additional tags:

You can get at all these attributes in the Format Attributes tab in a feature type properties dialog. 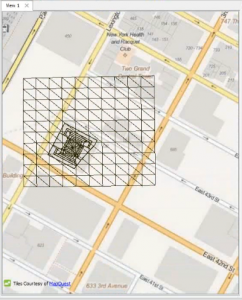 In case you didn’t know, SketchUp was acquired by Trimble in 2012, and shortly after an excellent new API was released. FME has had support for the Google version of SketchUp for a while, but 2014 introduces a whole new Reader and Writer that is based around the new Trimble API.

The new Reader/Writer provides support for versions back to Google v3 and up to the latest Trimble 2013 release. Besides this there are some useful improvements over the older R/W:

• Coordinate System and Geo-location support. Data will be read in its true location, so with the FME Data Inspector you can see a background map (in 2D).
• Support for Non-Affine Textures (those with a perspective correction)
• Textures on a group feature

The Geodatabase update I wanted to highlight is support for GUID column types. GUID stands for Globally Unique Identifiers, which are 36 character fields that uniquely identify features or objects in a Geodatabase. FME used to read them as string attributes but now we handle them as proper GUID fields and have an actual field type that can be selected in the Feature Type properties dialog:

Besides this update we’ve also worked on improving the handling of Chinese attribute names, updated the API (non-ArcObjects) to use v1.3 of the API, and added Raster Catalog support.

A new update to the KML writer in FME 2014 was in response to a number of customer requests. The issue was this: when you view a KML dataset, the attribute information shows up inside a balloon. That balloon content can be displayed using HTML content, but there was no way in FME to include auxiliary files such as images or scripts.

So, the update in FME 2014 was to provide a way to do this. The magic is carried out in a section of the KMLPropertySetter transformer’s parameters:

Now when I run this workspace, and write to KMZ, all of those files will be included with the HTML content.

Two nice updates here, filling in a couple of gaps. Firstly we added the ability to write to multiple models. A MicroStation seed file can contain multiple models – basically the ability to apply different working units, global origins, etc. FME has long been able to read which model the data was coming from, now we can write it to a specific model to. You simply need to set either igds_model_id or igds_model_name on the features to be written. The model must already exist in the seed file too, as we can’t create it from scratch.

The second update is the ability to set draw order, aka “element priority”. MicroStation doesn’t have a method for setting the order in which layers are drawn one above the other. Instead each element (feature) is give its own priority. FME now has the ability to read and write this priority using the format attribute igds_element_priority. This will work for 2D datasets, or 3D datasets where the features have common Z values.

So, good news if you are a MicroStation user needing this functionality. 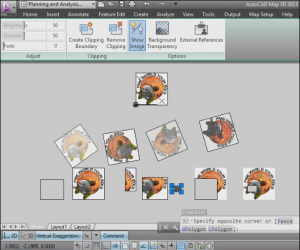 For AutoCAD, FME 2014 introduces the ability to read and write raster features with our AutoCAD formats. I didn’t realize that raster data could be added to an AutoCAD drawing, but apparently it can – the DWG file simply includes a reference to the raster file.

When FME reads the raster data it includes a set of attributes that define any clip boundaries that were set in AutoCAD, so you can clip to the same extents in FME. But if you send the data back to AutoCAD then you don’t need to  manually clip the data, it’s automatically done on writing. This way you can round-trip your AutoCAD raster data without any loss of information. Of course, you can just write raster features directly to AutoCAD too.

Another AutoCAD update is the ability to read from one of multiple layouts in the paper space. I’m not an AutoCAD expert but to me this looks similar to the DGN models. Basically a paper space can contain multiple layouts, each with different page setup/layout settings. So FME now gives the user the option to read in only the active layout or all layouts.

Finally I have to mention the Revit Reader that is new to FME 2014. To watch a recorded demo click this link and skip to 56 minutes into the presentation. Basically we’ve created a Revit extension (add-in) that let’s you export data in a file format that FME is able to read using a new Revit Reader. The Reader includes a parameter called Element Type, which allows you to select the type of data to be read (2D Floorplan, 3D with Textures, Building Envelope, etc). That way the data is partly pre-processed, and easier to use than a simple dump of all elements. 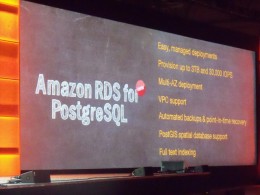 The other PostGIS item I wanted to mention is the ability to use an Amazon RDS Hosted PostGIS database. Amazon RDS (Relational Database Service) is a web service that allows you to set up a database in the cloud. Their latest offering is the ability to run a cloud-based Postgres/PostGIS database and, having tested it, we’re happy to report that FME 2014 works just fine Reading and Writing from such a database. And yes, that includes raster. You can read a bit more about FME support for this on Don’s blog post.

Speaking of Amazon, there are two new Amazon-related formats in FME 2014: Amazon Redshift and Amazon DynamoDB. Both are databases offered by Amazon as a cloud service.

As for Google, we added three new formats in FME 2014, two for cloud services and one for a raster file format.

The raster file format is Google WebP. Google says this format has about 25% smaller file sizes than jpeg and is therefore useful in web applications. FME has both a Reader and Writer for this format.

Google Cloud SQL is (obviously) a cloud-based format. We have a Reader and Writer for both spatial and non-spatial versions of this online database.

We also have a new Reader and Writer for Google Maps Engine, so you can read data from your FME-supported format and push it out to your GME users. We also have a new “GME Compatibility” parameter on the KML writer, which you should set if you’re creating KML for loading into GME.

By my count we now have eight (8) Readers and Writers for various Google formats and products:

You might have noticed I didn’t include GML in my top-ten. That’s because the changes there are so significant, and their effects so wide-reaching, I’m going to create a single post all about that format. I also missed out IFC because there are some interesting updates still to come that I want to wait for.

Anyway, for a full list of new formats – and updates to formats – be sure to visit the What’s Great page here on this blog. And while I remember, the FME 2014 launch quiz is still on (until February 28th) so answer now and answer often (once a day) to win some great prizes.