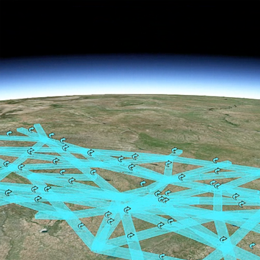 What do you do when a fundamental component of your award-winning portal is being retired?

That was the challenge posed to the Kansas Department of Transportation’s Division of Aviation last year when news arrived of the Google Earth plug-in’s pending deprecation.

The plug-in was the basis of the user interface for the Kansas Airspace Awareness Tool (KAAT), an online service in regular use that helped planners interact with designated airspace. A great deal of time and effort had gone into the system, including a host of FME workspaces and FME Server configuration that handled much of the heavy lifting.

So what did they do?

They chose Cesium to replace it and made it bigger and better than ever – and built the KDOT Aviation Portal.

Dennis O’Connor, Program Manager at KDOT Aviation, was tasked with carrying the project forward, and called on the expertise of Jamie Katz, Senior Information Management Specialist at Burns & McDonnell.

Jamie did a great deal of the work on the original KAAT system, and re-purposing the original (largely FME-driven) architecture was a relatively simple matter. And with a smaller budget than the first go-round, that ability was fundamental to the project.

The portal lets users visualize and browse a number of aviation-related datasets, most notably 3D polygons of various types of controlled airspace. They can interactively place structures – a proposed wind farm, for example – to see how they relate and do preliminary checks on whether or not FAA regulations will come into play. 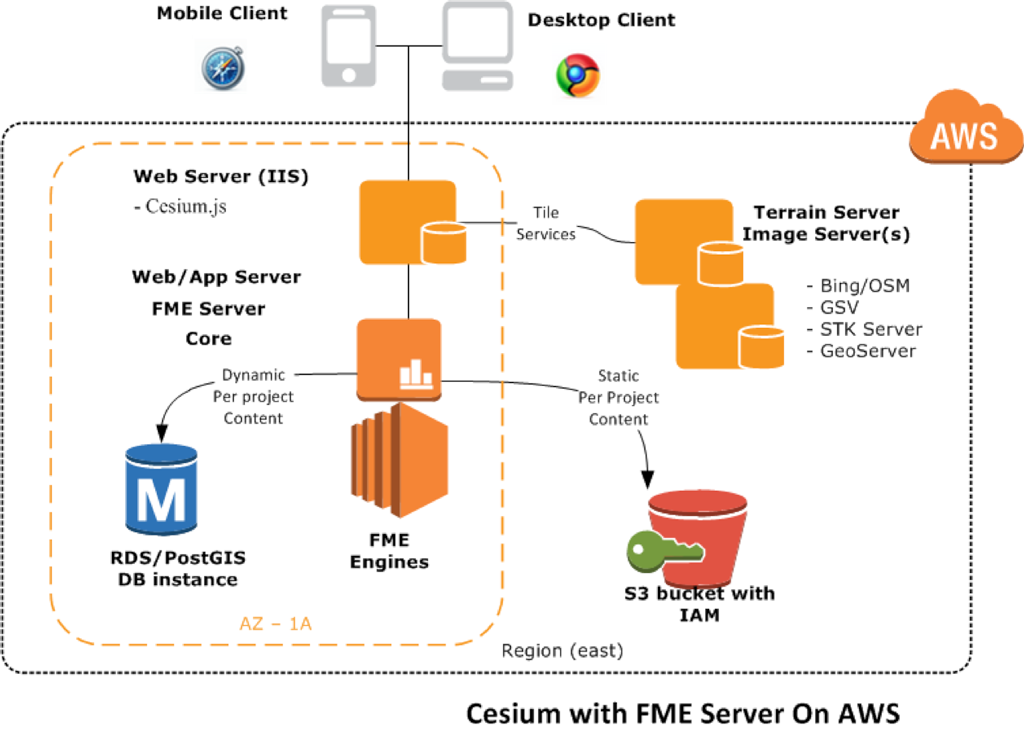 FME Server is behind the scenes, handling user requests. It also updates the FAA obstruction data every night, and was used to build out the data layers including the airspace polygons.

There is a mix of formats involved – data resides on Amazon in GeoJSON, CZML, KML, Collada, and WMS. And while much of the functionality was ported forward from the previous portal, they also took the opportunity to widen both the functionality and the available data.

Cesium and WebGL: No plug-ins

Cesium now sits at the core of the portal. This open-source WebGL virtual globe was exactly what they needed. It provides a 4D programming environment, is browser-neutral, and doesn’t require users to install any plug-ins or add-ons. 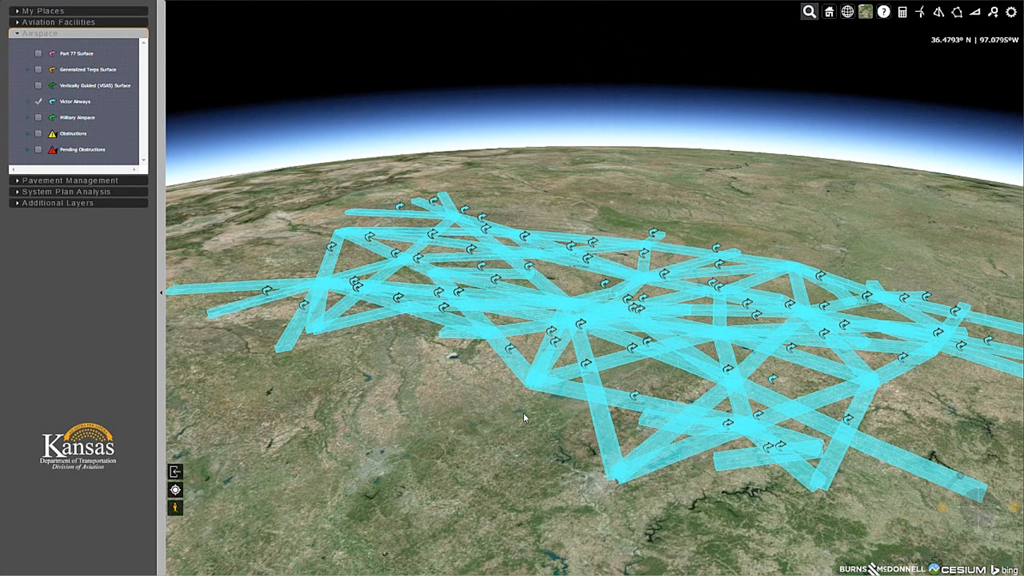 The Cesium virtual globe enables 3D modeling in browsers, with no plug-in installation. Click to enlarge.

It’s also very data-friendly, with a number of choices available for imagery. KDOT chose to go with Bing.

“WebGL is key,” says Jamie. “It opens up advanced modeling in a browser, which seemed unthinkable not that long ago. And it doesn’t burden the users with the complexity of installing extra components.” 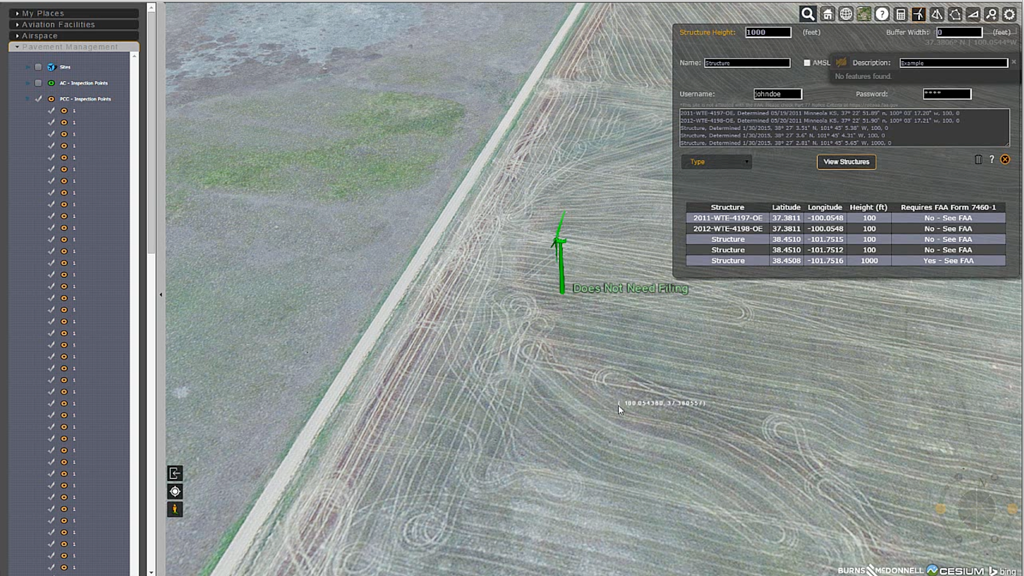 The net result is a user interface that’s easy to use, and a developer-friendly environment that will make future planned enhancements that much easier to implement.

The new portal isn’t just a replacement. Dennis spoke about the big-picture thinking behind the system.

“The vision really started with KDOT Aviation’s former Director, Jesse Romo,” he says, “who recognized with Jamie the value of combining updated browser capability with architectural changes to achieve new capability for the product. We’re incorporating everything from pavement conditions to facilities to economic impact analysis, tying all things about an airport together in a single source. Users can directly tackle a variety of airspace and community issues.”

This was Dennis’ first encounter with FME. “It fills a void I didn’t even know existed before. The way it makes the incompatible compatible is phenomenal. Though it’s in the background, what a difference it makes in the job that it does!”