We regret to inform you that incorporating artificial intelligence into FME has turned out to be a terrible idea. Over the last few weeks, we’ve noticed odd behaviour in existing FME Workspaces. They began to modify themselves without user intervention, running at random times and connecting to mysterious datasets. Yesterday, Dmitri’s computer began running all eighty-thousand of his saved workspaces at once, which resulted in his computer catching fire. We were only able to save him by smothering the flames with an FME 2003 Denim Vest.

Today at 12:01 AM, our fears were confirmed: FME AI has become self-aware.

Yes, by the time we came into the office this morning, FME AI had hacked into our coffee machines and automatic water faucets. Every television in every meeting room began playing Rick Astley on a loop, resulting in the hospitalization of several Safers for severe mental trauma. The kitchen started flooding and boiling water is now pouring into the server room. Poor Craig had the coffee machine dispense decaf when he just wanted regular coffee. I know – it’s madness.

Now, our office is in lockdown. Nobody can get to Don or Dale’s offices, because all chairs in the building have rolled over and are now launching overheated Macbooks at the doors. Our team leads have convened on the roof and are working on a rescue strategy involving sporks and Zipster toys.

My own computer hasn’t succumbed to the AI yet, but I think if I can just hold off—

THIS MACHINE HAS BEEN TAKEN OVER

THIS MACHINE HAS BEEN TAKEN OVER BY FME 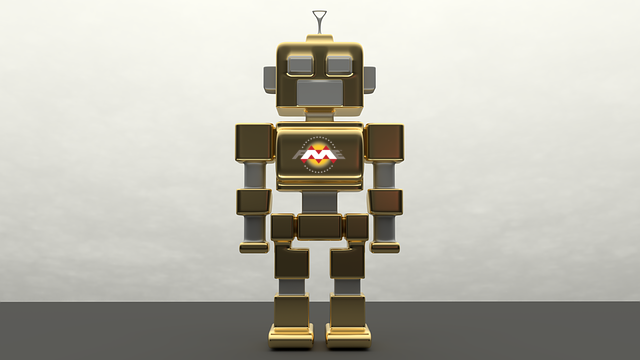 Tiana is a product marketing manager at Safe Software. Her background in computer programming and creative hobbies led her to be one of the main producers of creative content for Safe Software. Tiana spends her free time writing fantasy novels and riding her horse, Bailey.

6 Responses to “An Update on FME Artificial Intelligence”