The Sweco team, sponsors of the FME UC 2017 Hackathon

It’s hard to believe that the FME User Conference was only just over a month ago! As part of the evening fun we held our first FME Hackathon with the help and sponsorship of the team from Sweco. We had a high turnout, in spite of the late night social the night before! 16 teams presented their pizza and beer fueled ideas, with a chance to win swag from Safe and Sweco.

A lot of teams used FME to work with the web and different APIs, made possible with the HTTPCaller transformer.
Social media connections were present in two teams, with Team Code4Pizza exploring the suggested hack scenario of whether the Microsoft Cognitive Services API could detect natural disasters from social media pictures.

Instead, the team worked on using facial expressions as a proxy for emotion around the world and mapped this in real time to create a happiness index. FME was also able to connect to Facebook, using a connector built by Lyes. This was successfully demoed by posting worldwide earthquake information into a private group.

Turns out the @Microsoft cognitive services api doesn’t recognise fires! One hackathon project that needed diverting at the #fmeuc pic.twitter.com/ORVzcgwRcT

The HTMLReportGenerator made an appearance in a few projects.

Team Cheap Restaurant Finder used the Google Places API to return the nearest, cheapest, open restaurants and streamed back the response as HTML.

Team FME Eye uploaded a workspace to FME Cloud that combined your zodiac sign and geocoded IP address to create a webpage featuring your horoscope and what to wear from your wardrobe based on the weather. 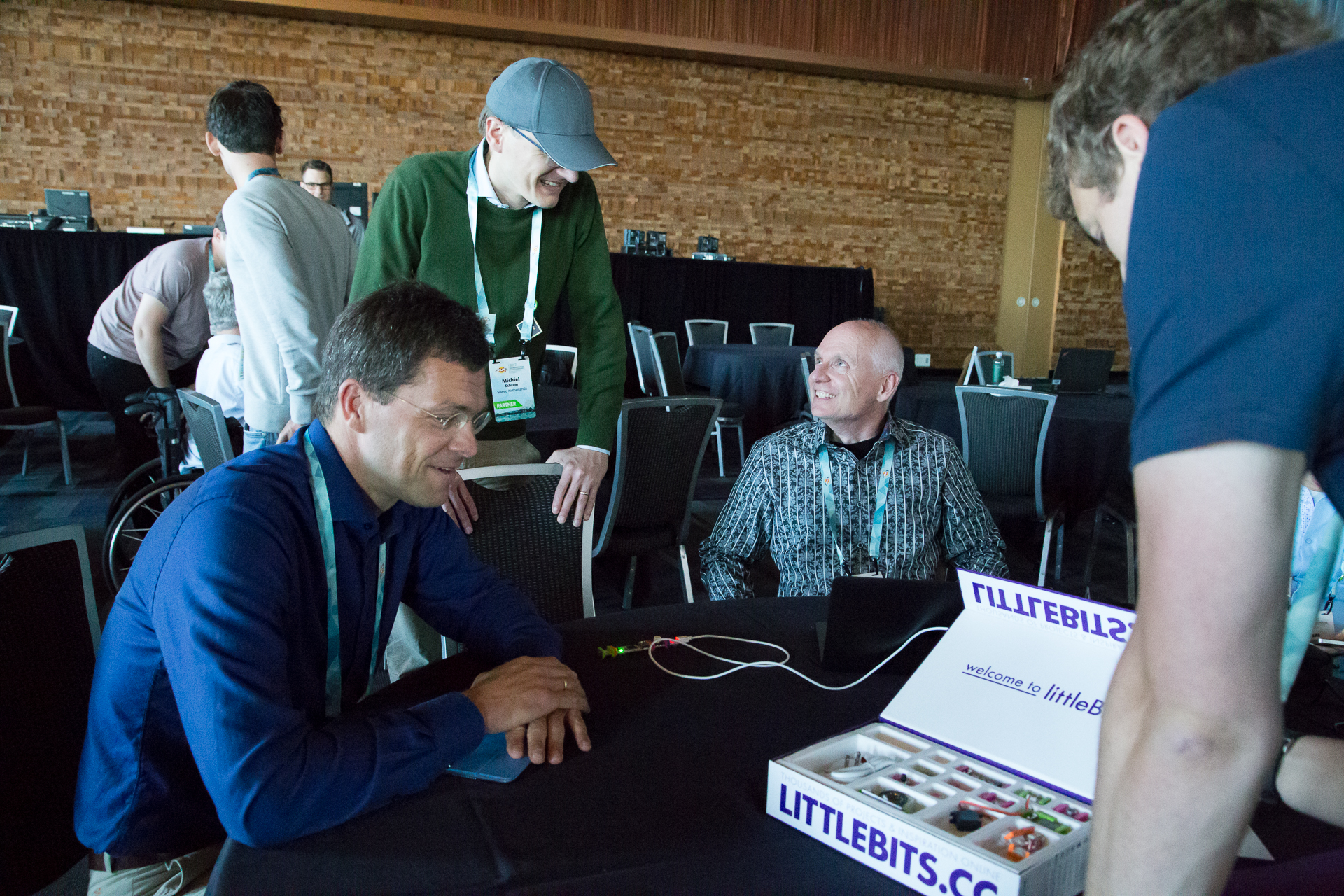 Team 40+ fought their way through “reprojection hell” and emerged victorious, getting FME Cloud to serve up a WMS which was successfully demonstrated inside the FME Data Inspector.

Team Grandpa’s littleBits built a workspace that would receive notifications from a motion sensor to detect whether vulnerable people had been active in their home.

With the announcement of the FME Home Use License, the hackathon submission from team FME Home Unboxing suggested using FME to manage photographs with new FME transformers such as: PhotoFaceRecognizer, PhotoOrganizer and PhotoWatermarker.

Two teams worked to produce games using FME. FMEmium is a game where you hunt for the prized resource – FMEmium. Yet another game created for Hackathon used FME to create 3D Tetris using a Sketchup model of the Vancouver Convention Centre.

After a fun round of voting on all of those great submissions, which teams had the best ideas?

The team with the most novel, un-FME outcome was Team SunnyBoys, who managed to play Darth Vader’s theme from Star Wars using their partially drunk beer!

Second place was taken by Team Bookies who were fed up of taking a gamble on meeting room availability. Using QR codes and FME they were able to return room availability and give users the option of booking a room. Extra points for sharing your project on YouTube!

And in first place: Team Dragon! 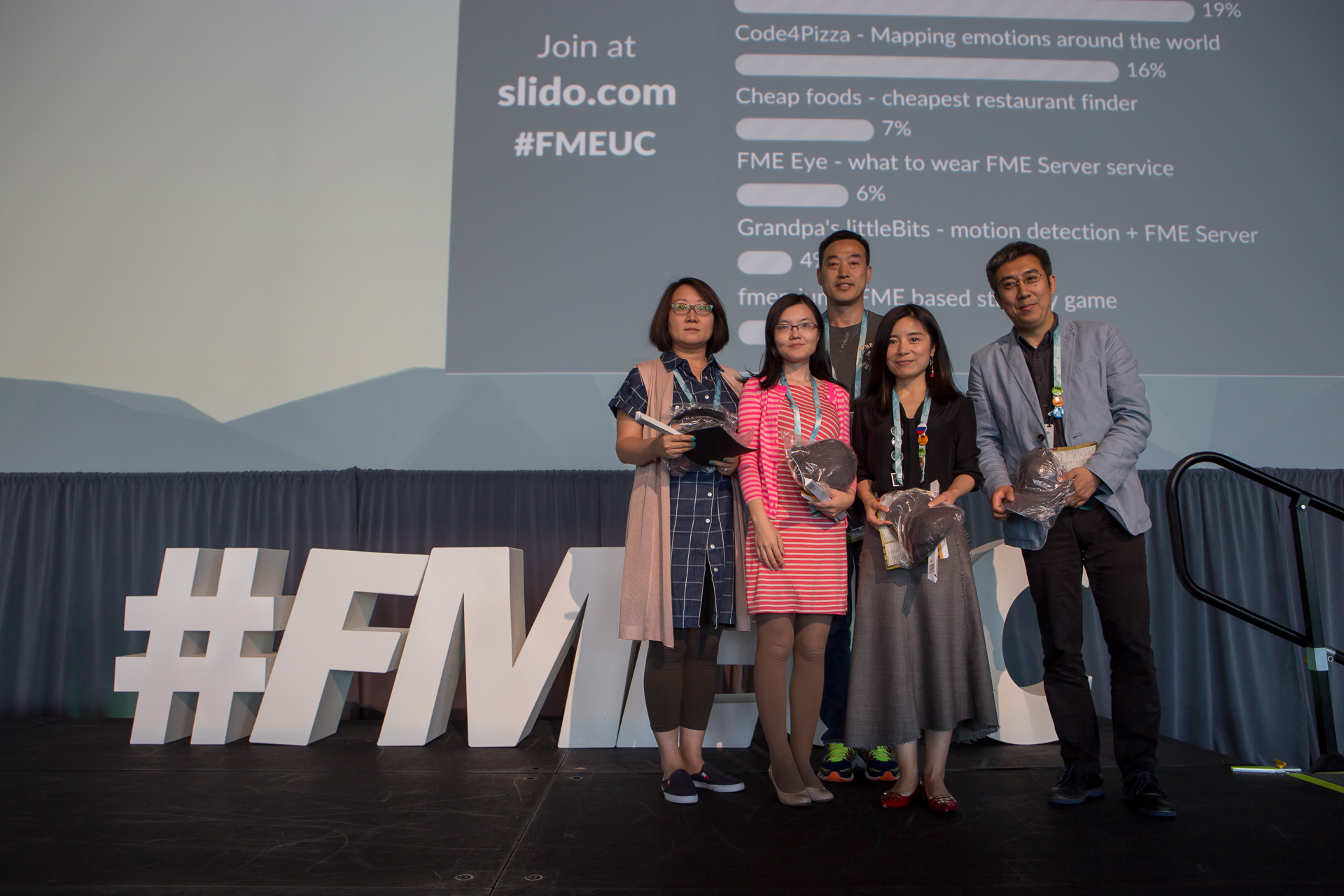 The Dragons decided to tackle the problem of big data for smart cities. Keeping on top of data from mobile phone signals, buses, metros, trains and taxis is not an easy task. The 60,000 taxis produce 90,000,000 data records a day in 2000 CSV files and this processing alone was taking 24 hours in FME.

With some help and guidance from Safe staff and a previous blog post Think like a point cloud: Tips for effective data processing, Team Dragon managed to reduce the processing time for the taxi dataset from 24 hours to 4.5 hours, over 5 times the speed! This performance boost was achieved by reading the data with the Point Cloud XYZ reader and using point cloud transformers to handle the data.

Next, they tried to process this data in parallel using FME Server with multiple engines. To avoid the overhead of re-reading CSV files and adding blocking transformers such as the Sorter, they started by converting the data to FFS grouped by Taxi ID. Having the files pre-sorted and grouped made it easy to read the files on FME Server and convert to Shapefile.

We got in touch with Team Dragons after the event to find out what they thought of the hackathon: 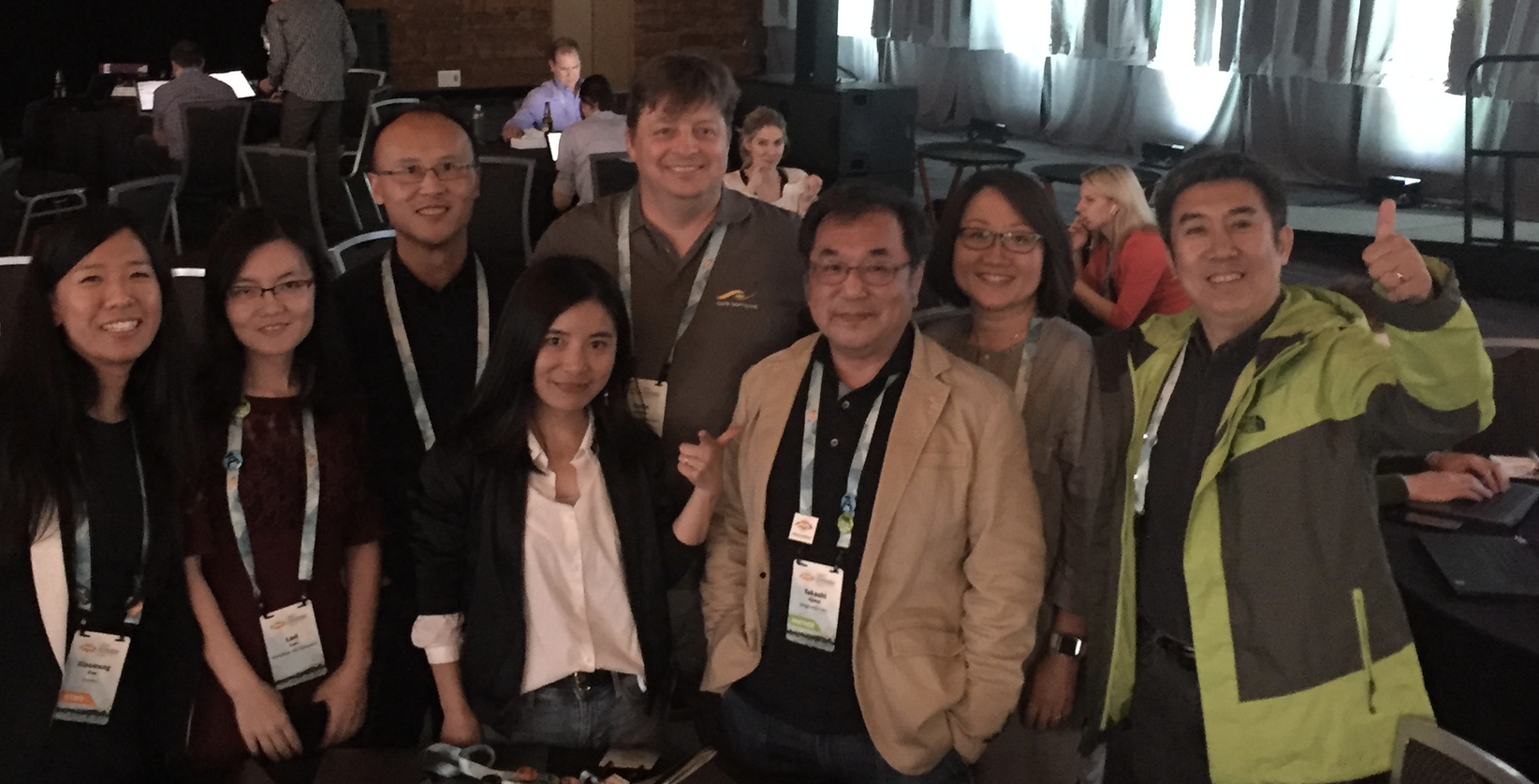 Who made up team dragon?

Is there anything special you want to tell us about yourselves?

What did you learn from doing the hackathon?

Have you done any other hackathons in the past?

Would you do another hackathon in the future?

Was FME a good thing to base a hackathon on?

Did you have fun?

Did you have enough time?

If you want to watch all of the teams presentations you can do so below.

And if you’re interested in accessing any of the submissions, keep an eye on the FME Hub. This is the place to upload and discover new transformers, templates, web connections, and custom formats – and add them to your FME setup. Team Bridge are leading the way with their NBIReader.

All participants can claim their Knowledge Center badge by commenting on this thread. Now it’s time to start coming up with ideas for the next FME UC hackathon!

A big thank you to everyone who participated in the Hackathon this year, and another big thanks to Sweco for sponsoring the event, enabling us to provide beer, pizza and s’mores which got the FME hackers through the night! Hopefully everyone enjoyed it as much as we did! 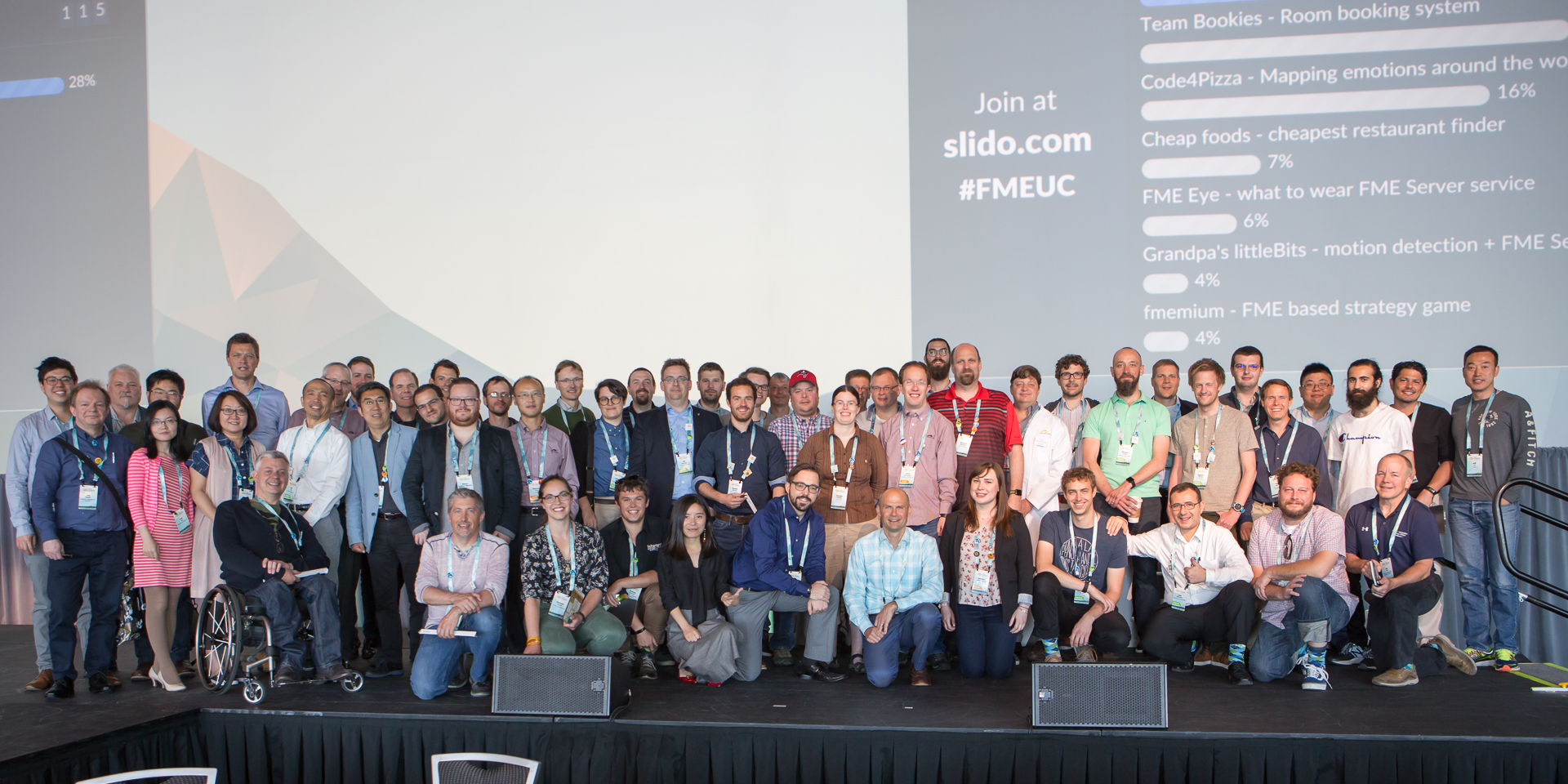 Jen is the FME Server Technology Expert Team Lead at Safe Software. She enjoys lifting heavy things and being active outdoors. She enjoys these things so much that she’s hoping to qualify for powerlifting nationals 2020!