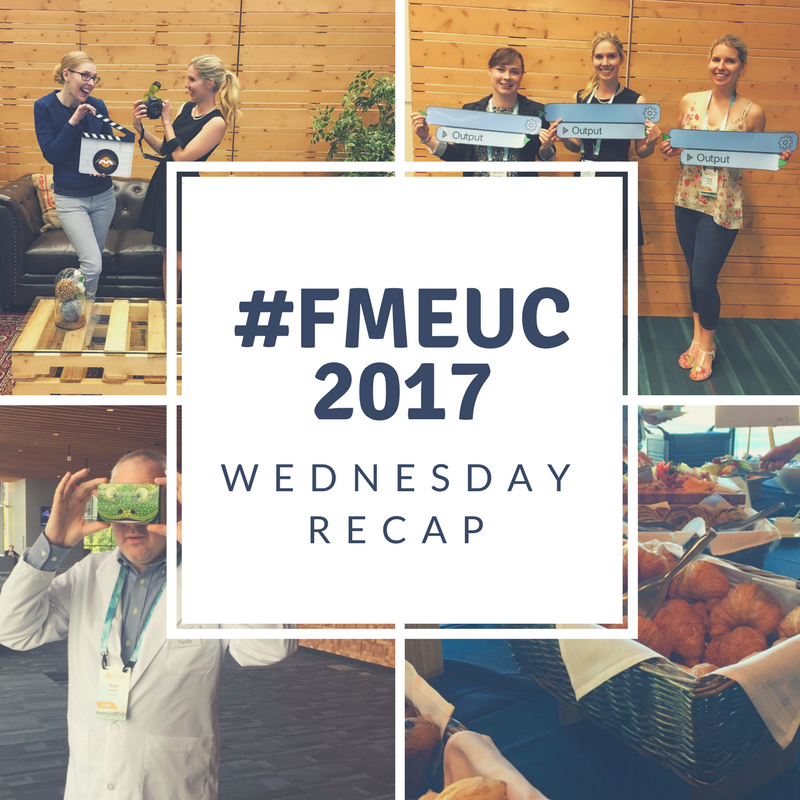 We’re thrilled to welcome hundreds of FMEers from around the world to Vancouver for the next three days. And what a perfect week it is to be here. After a long and snowy winter, we’re graced with this beautiful weather just in time for everyone to visit! Hopefully you get a chance to explore the city before heading home.

We have a full week planned of sessions, workshops, social events, and good food and drink. Most of the Safe Software team will be here at some point, and we’re eager to talk to customers and partners about all the cool stuff you’ve been doing with FME and any ideas you have for FME 2018 and beyond.

Yesterday was a full day of pre-conference training, wrapping up with a soccer game and pub night. Today is officially Day 1 of the FME UC 2017. Here’s a recap of what happened.

After opening remarks from the Deputy Mayor of Vancouver, Safe co-founders Don and Dale kicked off the conference with an inspiring look at everything people are accomplishing with data all over the world. The widespread use of GPS devices and sensors, rapidly improving 3D printing, and unprecedented quality of remote sensing satellites are just a few ways we’re seeing incredible applications of spatial data.

Don and Dale discussed how data transformation is key to all of this incredible technology. Data is just data until you do something with it. Transformation is vital to decision-making, to understanding, and to shaping our world.

Think of raw data as oil, cloud systems as the oil refinery, and apps/databases/GIS/BI as the array of petroleum products. FME is the pipe that gets raw data to the refinery and to all of those products.

FME users are the pipe fitters of the world #FMEUC pic.twitter.com/jbRzJi3hrl

That means FME’ers are the data pipe fitters of the world. You control the flow of data from source to destination and everything in between.

As the data pipe fitters of the world, everything you do inspires us at Safe. You shape the future of data, of technology, and of FME.

Safe is big on giving free licenses to students and non-profits. Over the last year, we’ve given away $11.7 million worth of FME licenses to education programs.

FME Home Use program announced at #fmeuc – apply for your free license at https://t.co/2l77hjiCVy pic.twitter.com/A5d57mpxH7

On the same lines, if you want to try FME Server but can’t set it up on your own machine, we have a new FME Server trial program. Sign up for FME Server and get a free trial on a cloud instance so you can start playing with it right away.

.@Cmdr_Hadfield on managing complexity and change – "Change is about risk. Anything worthwhile in life is all about risk."

Col. Chris Hadfield delivered an insightful and engaging keynote relating his experiences to the importance of quality data, taking risks, and “visualizing failure” in order to achieve success.

"Visualizing failure is the only way you would be able to achieve something as complex as space flight." 🚀🌌 – @Cmdr_Hadfield #FMEUC pic.twitter.com/WH1odv4MJr

Visualizing success will get you nowhere, he said. You need to think “what could go wrong and how can I beat that?” (or if you’re literally hurtling through space, “what’s the next thing that’s going to kill me?”) If you don’t know how to solve the problem yet, figure out all the data and be ready for it. Then do it again for the next challenge.

"You learn the most when things go wrong. Initial success teaches you nothing." – @Cmdr_Hadfield

It was interesting to hear Chris Hadfield reiterate what Don and Dale said: “Data is just a bunch of noise until you do something with it.”

A #spacecraft is just a bunch of data says @Cmdr_Hadfield at #FMEUC pic.twitter.com/fPMD8biis8

"For an astronaut, earth is just a helpdesk" – C Hadfield at #fmeuc

After the general session, we broke into workshops and 5 tracks of user presentations. Here’s where we got to learn about all of the awesome things FMEers around the world are accomplishing. We’ll be sharing those presentations on our website after the UC is over so stay tuned for that.

The FME Doctors (i.e. our fantastic team of developers and experts) were on call all day answering questions and accepting ideas for future FME releases. Bring your laptops and your questions because they’ll be here all day tomorrow and Friday, too! 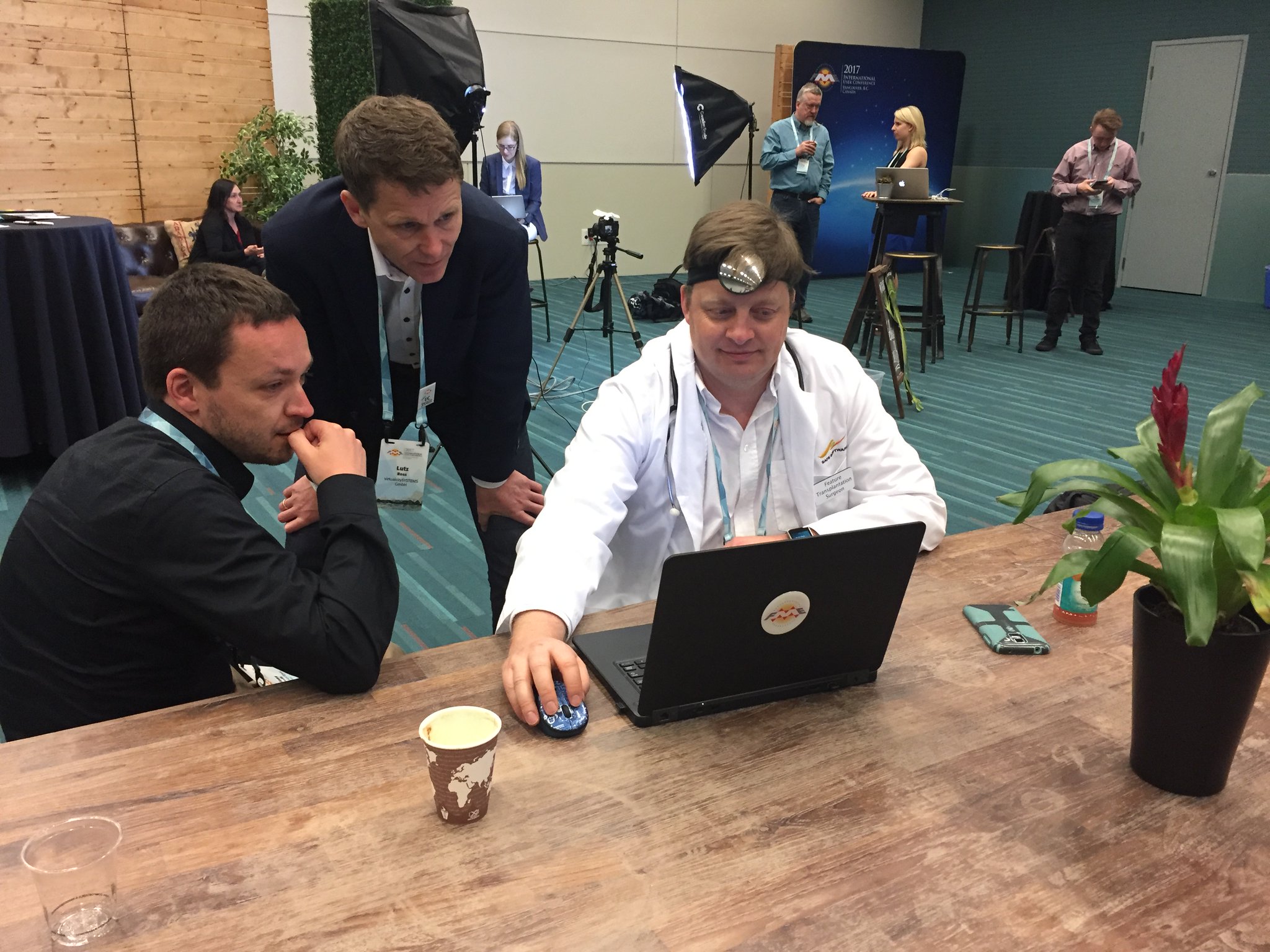 We also had a steady flow of conversations at the “I ❤️ FME” Video Booth, so that was awesome. Make sure you drop in at some point over the next two days. Tell us what your favourite transformer is, what you’re currently working on, what you love about FME, why you have strong feelings about a certain data format, or anything else you want to discuss. 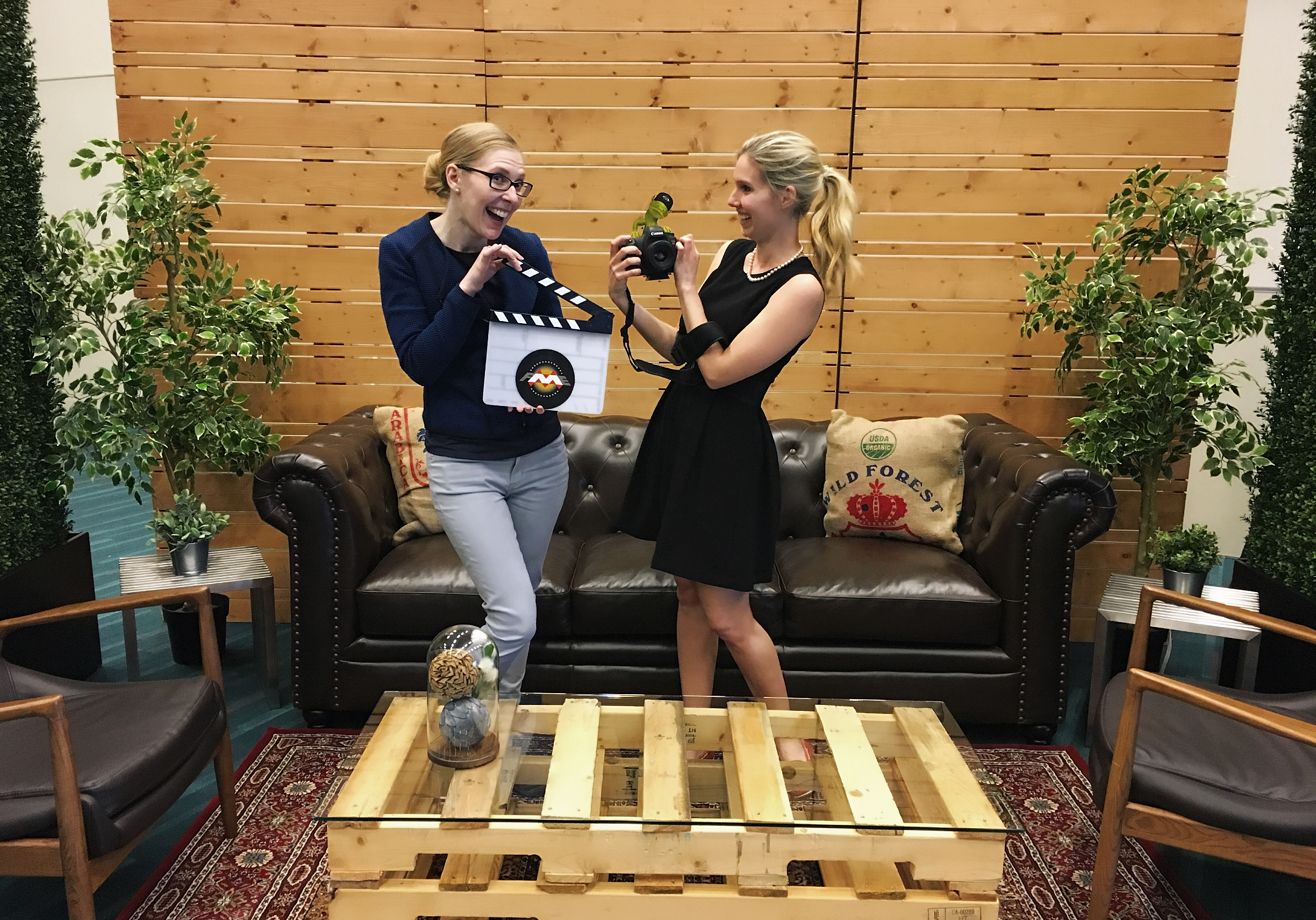 You can also get your picture with your favourite transformer (or just make up your own transformer).

Having fun at the FME UC coffee shop #fmeuc pic.twitter.com/XY3sfOC3Sb

On second thought, maybe this Virtual Reality contest was a bit of a hazard:

.@FMEEvangelist exploring a VR world with his fancy new goggles. Have you found any clue stations yet? https://t.co/qb2mqjSFxh pic.twitter.com/WYcduIDo9x

It’s about time to head over to the evening social. I hear Darth Vader and a Stormtrooper will be making an appearance.

Until tomorrow! Follow @fmeuc and the #fmeuc hashtag for events as they happen.