Okay. That evening social though. If you need one reason to come to the next FME UC, let that be it.

This is not the DDR you're looking for pic.twitter.com/KDDwzfJxSY

I can't even…..
It might be the oxygen talking, but this event is amazing.
#fmeuc pic.twitter.com/0qCVijfXrc

Today we woke up extra early and ran around the seawall. Ha ha, just kidding. Some people did. I was not one of them.

Our keynote today was Jan Bliki, data expert at the European Environment Agency. Since bringing FME into the EEA in 2013, they’ve grown to have among the largest FME Server installations.

Jan discussed his work with the EEA, handling data flows with FME and managing eighty datasets covering thirty three countries in Europe. Their small team handles large and complex datasets, and their workflows cover every possible problem you can imagine on spatial and tabular aspects.

The EEA employs FME Desktop, Server, and Cloud to make this not only manageable, but also very successful for data production in Europe.

"We're big fans of FME Server, because at the end of the day we can go home and relax." @Janbliki pic.twitter.com/BiOdkHevmV

Fireside Chat with Don and Dale

I had the pleasure of hosting a fireside chat with Don and Dale this morning, where I got to spend 45 minutes asking them questions coming in live from the audience. 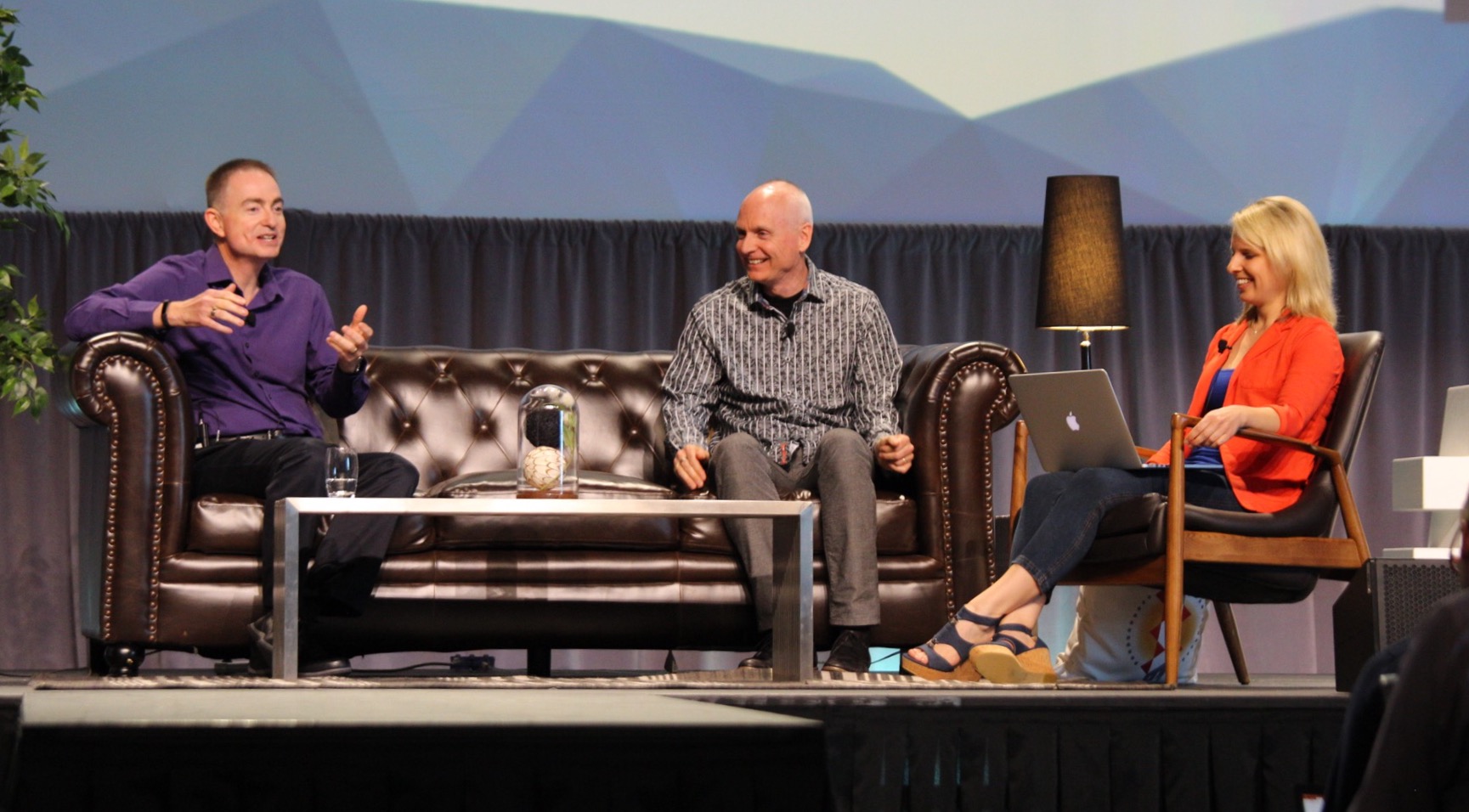 We covered everything from what’s coming in FME to the challenges of running a company to who drives a faster car.

Breakout sessions continued to be inspirational and full of amazing feats of data wrangling. In the social room, the day was full of more FME Doctoring, videoboothing, and photoboothing.

Going crazy with my favourite transformer @fmeuc. Getting pretty messed up here with all these awesome people and wonderfull comunity pic.twitter.com/8at1xZpcHw

Snap a photo with your favourite transformer. Photo booth opens at 10:30am in room 110 pic.twitter.com/X8RjbKOzjA

If last night’s social wasn’t enough, tonight we have a Hackathon! This is the chance for attendees to show off their FME skills and work together to build something awesome. The challenge is to build something for earth observation. Can’t wait to see what you all come up with!

Keep following @fmeuc and the #fmeuc hashtag for events as they happen.