Turns out you guys can do a lot with FME in 3 hours — especially when fuelled by pizza and beer. My partner in crime @mapgirll tweeted all the Hackathon projects earlier and will post a recap here on the blog soon, so stay tuned for that.

The #FMEUC Hackathon group! Amazing to see what they built in a few short hours. Thanks @SwecoSweden for sponsoring pic.twitter.com/QyKejydQII

We awarded our partner of the year, con terra, and our top users in the FME Community. Thank you all for your amazing work and influence!

And then this happened.

Safe gave a lifetime achievement award to a data format that has made outstanding contributions to the industry for 25 years. Congratulations, Shapefile.

Turns out you can use the Apple Watch in conjunction with the FME Server Notification Service for all sorts of interesting location-based data. In Ulf’s demo, he took inventory of various locations of clues for our Virtual Reality Contest. He just found the clue, pushed a button on his Apple Watch, and the notification was picked up by FME Server and added to a map. Nice!

First we got a peek at what’s coming soon in FME 2017.1 (stay tuned for a blog on that). Then we reached beyond this release to give you a sneak peek at what’s in beta for the future.

Soon #FME will be able to write to PowerPoint and Word. Looking great!! #FMEUC pic.twitter.com/88bJojRAUB

I got some pipe upstream tracing videos that I could process for this! #fmeuc pic.twitter.com/zrWPIPzLCl

FME Dark Mode! You saw it here (at the #FMEUC) first! pic.twitter.com/4wst3VhIoo

Some of the most exciting futures projects I've seen in 17 years working with #FME. Thanks @SafeSoftware for staying out in front! #FMEUC

Check @fmeuc and the #fmeuc hashtag for the full stream of events this week, including social events, breakout sessions, and #FMESocksFriday. 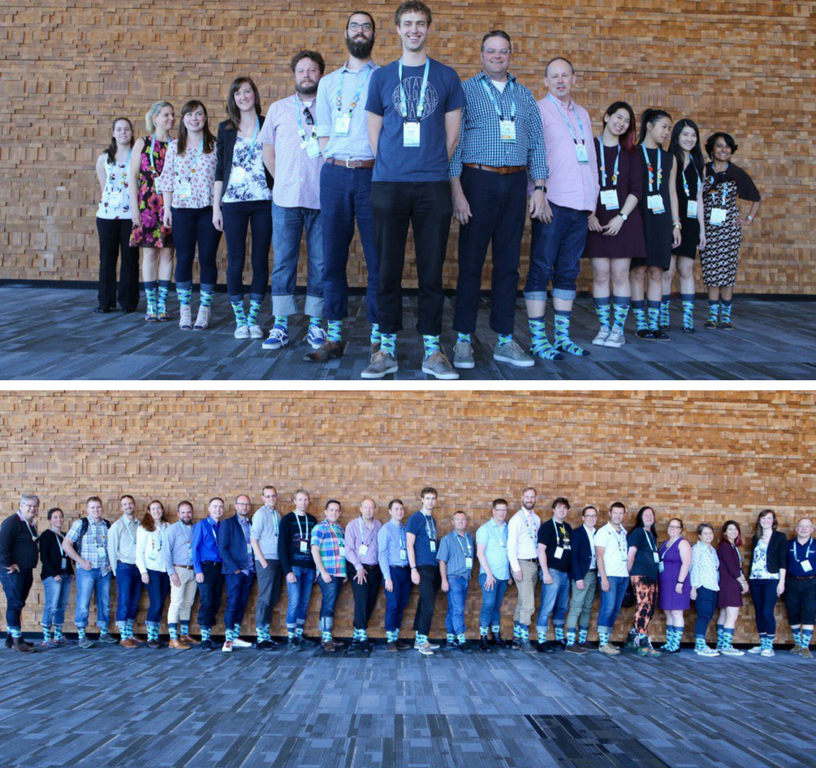 Thank you all so much for joining us over this amazing week. If you weren’t able to make it out to this FME UC, we sincerely hope you can come to the next one. We promise tons of learning opportunities, networking, and an all-around good time.

I mean, I knew this week would be fun, but I had no idea just HOW fun. Stay in touch — and on behalf of the team, we look forward to seeing all of you again very soon.