The pricing on FME Cloud is changing. The annual and hourly rates for instances remain the same; the changes are related to the additional storage and transfer costs. As of January 1, 2017, on all new instances launched:

For 95% of users, if you change nothing then it will result in a reduction in your bill. The reason some customers might be charged higher prices is because of backups. The higher charges come if the disks you are backing up are nearly full. To combat this, we have added two new pieces of functionality.

Initially, we offered snapshots for free, but as usage patterns and costs became clear, we need to start charging. Rather than add this as an additional cost, we reviewed how backups were being used and realised we could probably make the pricing fairer. So that’s what we did. 95% of users will see a drop in costs and for the remaining 5%, the temp disk functionality and increased control should, if they wish, allow them to lower costs too.

When does this take effect?

Starting January 1, 2017, if you launch a new instance the new pricing will apply.

For all existing running instances, nothing will change until March 1, 2017. On March 1, all instances—including instances which existed prior to Jan 1—will be switched over to the new pricing model.

More about the new features

For any instance that you launch after January 1, 2017, on the launch wizard, you will be able to configure the temp disk space you want for the instance. The temporary disk behaves differently to the primary disk. 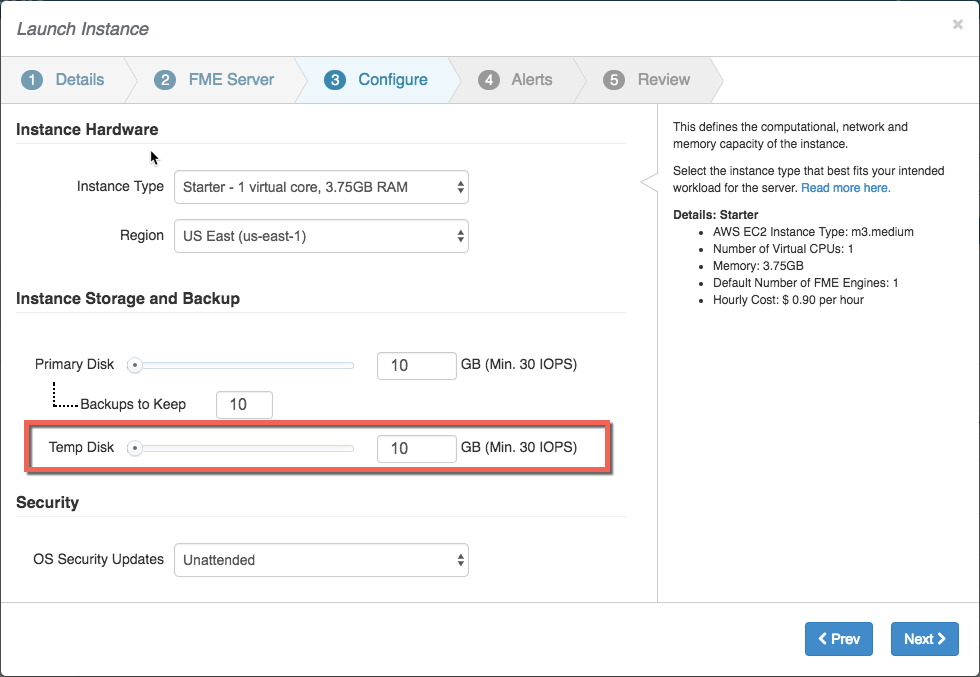 When you launch an instance you can choose how many backups to keep, the default is 5. A backup is taken every day. Once an instance is running, you can also select it in the dashboard, click on the Backups tab and then modify the number of backups there. 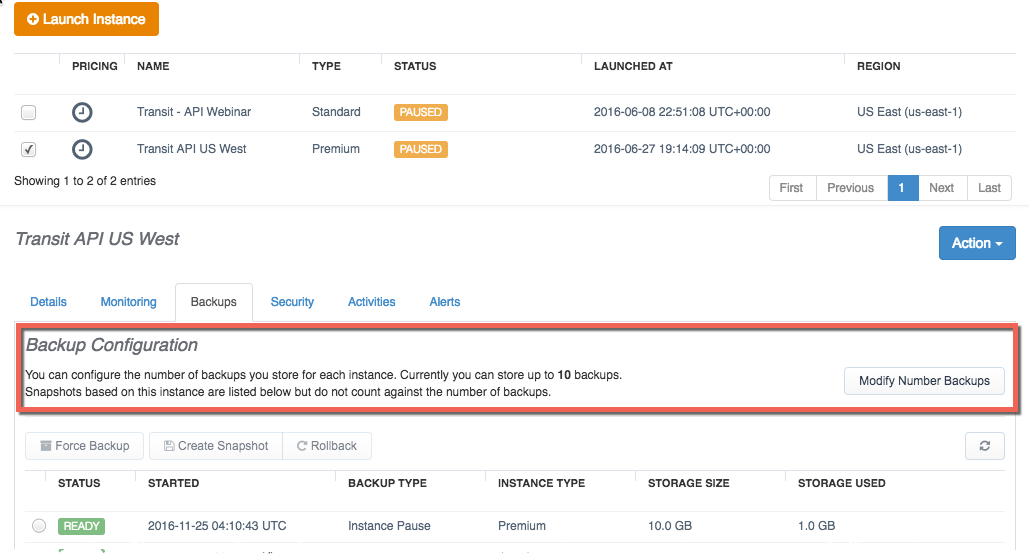 When calculating the cost of backup we do it based on the storage used on the disk not the size of the disk. For example, if you have a 20GB disk and are only using 2GB of the disk then we will only charge you for storing the 2GB.