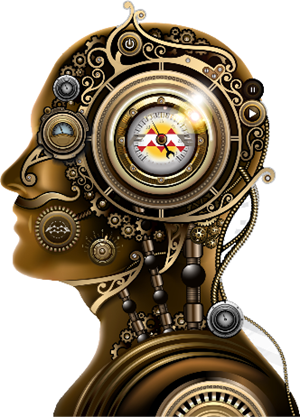 Hopefully, by now you’re aware that FME2016 Desktop has been released and is available on our website. If you didn’t notice, we went for a steampunk-type style (or cloudpunk as Don called it in our release webinar).

Either way, here are some useful links to explore before we get onto today’s topic:

Having looked at those, or bookmarked them for later, let’s get onto the subject of this post: new test operators.

Additionally the test interface is used in other places in FME (for example the feature filter in the Data Inspector), so any time we add new functionality to the test interface, it benefits a lot of users. Although the updates for 2016 aren’t quite as mainstream, they will still be useful to many.

In short, the updates are new operators: Attribute Has a Value, Type Is, and Encodable In. Let’s look at them all.

Attribute Has a Value

The test interface already had tests for Null, Empty, and Missing. So you could check for individual types of nothing, but you couldn’t simply check if an attribute did have a value. You would have had to test “Attribute is Null AND Attribute is Empty AND Attribute is Missing”  and use the negate option to invert all these: 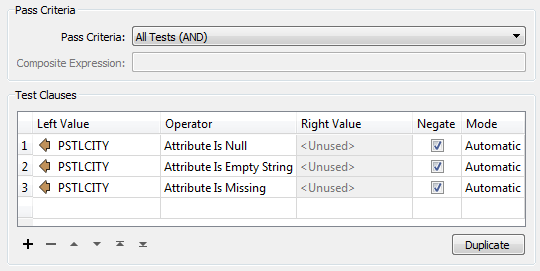 In fact, that might even need to be an OR, rather than an AND. I’m not sure. However, with the new operator I don’t have to worry:

Basically, that one operator combines Not Null, Not Empty, and Not Missing into a single test. We’re not saying the value isn’t one of the other 700 ways of defining nothing (0, -999, etc), but it isn’t one of the three main types.

The Type Is operator lets you select a data type and carry out a pass/fail test on that basis:

Above, for example, I’m checking to see if my ID field is set to numeric values. If not, then the test will fail.

You can see there are multiple data types to test against, including XML and JSON. I’m assuming those are going to be useful when you are handling the response from a web request and don’t know what format of data the server is going to return. You could test for XML and JSON and send each to a transformer appropriate for that type.

The Encodable In operator isn’t testing the type of encoding a string is being held in, it is testing to see whether the string could be converted to that encoding.

For example, here I test the names in the address database in our sample dataset to see if they could be encoded in UTF8:

The answer is yes (i.e. all features pass) because UTF8 is good for encoding special characters. So if I wrote this data to a dataset and set encoding to UTF8, the data would be correct.

However, here I’m testing the data against a more restrictive encoding, Windows 1252:

This time there are features that fail:

Looking in the Data Inspector I can see why:

…there are accents and Chinese characters in the failed features that the Windows 1252 encoding just won’t handle. Now I’ll know in advance that there is data that I would have problems writing in that encoding – and if I do try I can see that FME is right:

Basically, if you’re writing to a specific encoding, you can now use this option to ensure that all your attributes can successfully be converted to that encoding.

So, that was just a very quick outline of the new tests available in FME2016. Remember, that test interface is used in several places in FME, not just the Tester and TestFilter transformer, and you can use these operators anywhere they are available*

Hope you find these useful,

* I just found that the filter option in the Data Inspector isn’t working! Doh! It’s a high priority issue and it should be fixed shortly.