Below is a technical summary of all the new and updated applications, functionality, and formats in FME Desktop 2015. See a general overview of what’s new at safe.com/fme/new/, and be sure to join our upcoming webinars that take a closer look into the new FME Desktop and FME Server. Details on what’s great in the new FME Server / FME Cloud will follow in a separate blog post in a couple of weeks.

Download the release and, if you’re looking for something very specific, you can see the detailed “What’s New” documentation at safe.com/download.

Officially called FME 2015.0, this release is the dawn of a new naming convention. Scroll down the list to see all the updates to be excited about, or use this table of contents to jump to the section you’re looking for.

We’ve added several enhancements to FME Workbench, giving you more clarity and ease-of-use when designing your workspaces. See how they work by scrolling through the screenshots and 6-second videos below (and click to enlarge any of them). 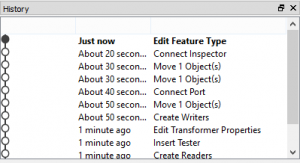 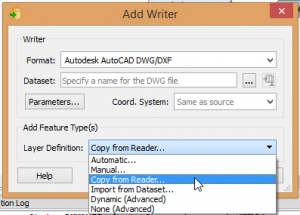 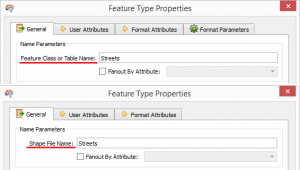 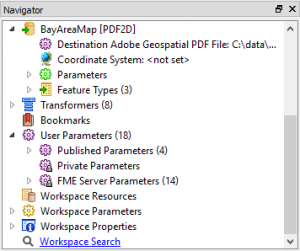 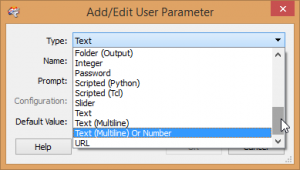 “Named connections” refers to the ability to define a database or web connection only once, then subsequently use it in your FME Workspaces—saving time and without needing to store the password within the workspace. You can create named connections by going to Tools > FME Options.

Named Database Connections can be created for the following database formats:

Named Web Service Connections can be created for the following web services: 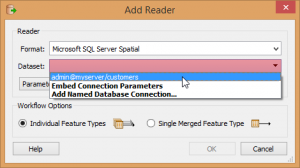 FME 2015 has several new transformers, some that have been deprecated, and many that have been updated. Notably, we’ve added functionality for working with point clouds, and online file storage services like Amazon S3. 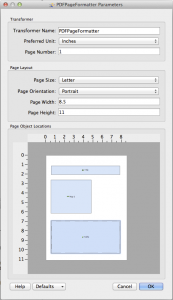 The following were deprecated in order to be merged into a single HTTPCaller transformer:

These transformers were renamed:

These transformers were updated with new parameters for controlling attribute merging:

These transformers were updated to use the new Named Connection functionality:

These transformers were updated to improve their performance:

These transformers were updated to improve their handling of international characters:

The rest of the transformer updates follow, including new parameters, updated parameters, and redesigned dialogs:

These updates were made to ALL transformers:

FME 2015 has several new formats and many that have been updated. Notably, we’ve improved our BIM capabilities with IFC Writing and smoother reading of IFC, Revit, and SketchUp. We’ve also enhanced our support for web mapping services, Excel data, and even extended to a gaming engine with Minecraft. New JDBC support gives users the ability to connect with a wider range of systems, like SAP HANA, Neo4j, and MS SQL Server on Linux.

For the full list of formats supported by FME, visit safe.com/formats. 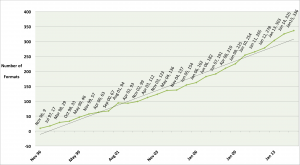