Let’s quickly see how we’re doing one week in.

Well, on Tuesday, Google shocked pretty much everyone and ended a multi-year foray into the enterprise spatial data management realm by announcing the imminent demise of Google Maps Engine. Vendors everywhere scurried to respond. At least we did, offering 6 suggestions for alternatives.

Next up, Microsoft announced Windows 10. Not just a new (free!) operating system but a new vision of how its customers will interact with all sorts of technology in the very near future. Of particular interest to geospatial and BIM folks is the unexpected innovation of the “HoloLens”. 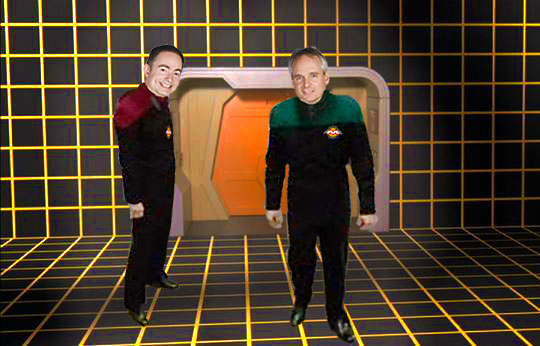 Holodecks have been on our minds for some time here at Safe.

We’ve played with Oculus Rift at Safe and have been intrigued by its potential, but the Microsoft take on this would appear at first glance to have massive implications in the geospatial and building construction and operation phases.

For geospatial, imagine being able to see maps wallpapering the sides of the conference room, your desk surface, or your cubicle walls, and then interacting with them, Tom Cruise style, by reaching out and directly manipulating. For us data jockeys, imagine interacting with your FME Workbench transformers in a similar way. Data in the palm of your hand…

In the realm of buildings, the augmented reality possibilities of knowing what is behind a wall, or what the finished building will look like when it is only a skeleton, just scratch the surface of what’s possible.

Given this, it is not too surprising the the first demos of this technology featured Minecraft in a starring role. Looks like it was a good call to get Minecraft into FME 2015.0—that way your own data will be what you see when you first don your HoloLens!

Speaking of which, we checked. FME 2015.0 works great on the Windows 10 pre-release. Just have a bit more work to do to make it holo-ready. Good thing we’re expanding the office. At this rate of technological change, we’re going to need to fill it with an army of Geordi Laforge’s to keep pace… 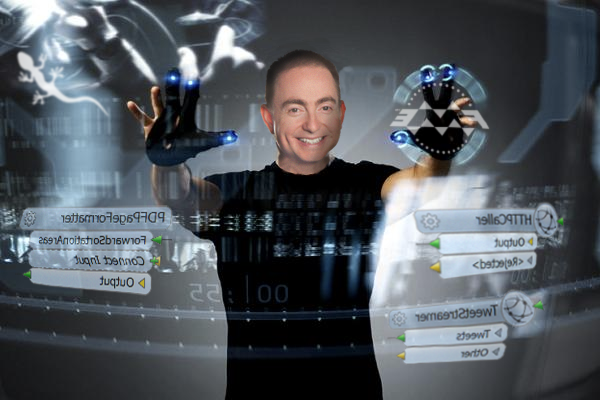 I can’t wait to get my HoloLens and fancy gloves and start transforming data!