It’s not every day that a GIS Officer fights bushfires. But Barrett Higman has
all too much experience.

A necessary part of the Australian ecology, bushfires are the only way in which many local eucalyptus plants can germinate. But human encroachment has these fires extinguished prematurely, building up the fuel load with excess underbrush. The consequences are devastating. 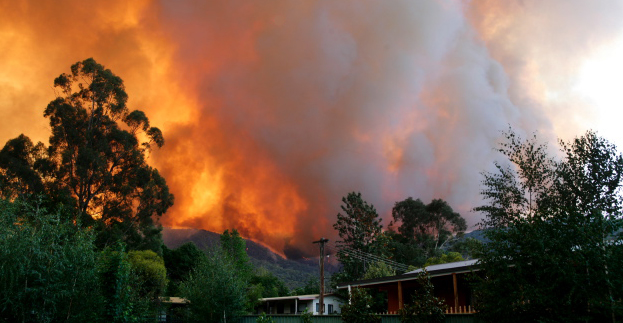 Back in 2006, Barrett’s own home was among those threatened by the bushfires. Like other residents in Victoria, Australia, he lay metres of fire hose around the perimeter of his house, preparing his property’s defensible zone as flames licked over the nearby hillside.

Thankfully, his house was left intact. But his experience ignited an idea that would improve fire safety for homes and businesses built in his region and beyond.

Hope For A Better Way

Barrett’s view from the Alpine Shire Council offices as the 2006 bushfire threatened the local mountainside.

I recently spoke with Barrett, and he explained that legislation is evolving with numerous scientific studies about fire behaviour. The approach is to allow the fires to burn off the brush around populated areas, and to strategically design land development with defensible zones surrounding buildings to protect lives and property.

The state has long had planning permit regulations in place to help landowners improve their chances of fighting bushfire attacks. But obtaining this information was difficult and filled with guesswork and uncertainty. Barrett and his colleague Nick Vlahandreas, Manager of Development Services at the Alpine Shire Council, were determined to find a better way.

At the time, a landowner seeking to build within the risk zone would walk their property with an assessor who would take estimates of proximity and types of vegetation, the slope of the land, and other factors. Once back at the office, the approximations would be plugged into the state algorithm and each proposed building site would receive a Bushfire Attack Level (BAL), indicating its risk of impact from a bushfire. 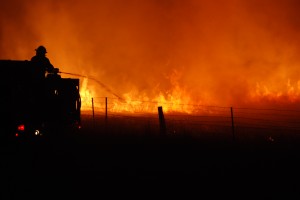 Barrett and Nick wanted to remove the subjectivity, equipping assessors with trustworthy information from datasets relevant to their assessments, such as topography, vegetation, and property boundaries. They ultimately wanted the BAL values to indicate real world risk based on more accurate information.

“But we decided to take it one step further,” says Barrett. “Why not provide the assessment results directly on location, so that landowners can find the safest possible location to build instead of guessing?” Once the idea was born, they looked for ways to make it happen.

With a limited budget and resources for this pilot project, they would need to find a solution that didn’t require thousands of dollars in hardware and setup. They also didn’t want to tie anything into their own IT environment, both to avoid extra administration, network and security costs, and also to make the project easier to port for use in other regions.

Barrett had heard that cloud technology may offer these benefits. Already a big fan of FME, Barrett contacted Safe Software to inquire about FME as a service. When he learned about Safe’s newest product, FME Cloud, he immediately signed up for the private beta program.

“We’d been relying on FME to perform data integration on the desktop for years, so it was our obvious choice for this project,” reflects Barrett. “Using FME Cloud, we got all the benefits of FME Server, and the cost savings of hosting it in the cloud instead of on-site.”

Without writing a single line of code, Barrett used FME Cloud to design a solution that provides staff in the field with reliable BAL results for any location on which a landowner is proposing to build.

At the property, the assessor now uses BAL Plan, an iPad app, to calculate an accurate BAL value for the location determined by the iPad’s on-board GPS. Within 20 seconds of a request being sent to FME Cloud, the assessor receives the site’s BAL value on the iPad and can share it with the landowner standing beside them.

Because planning permits require BAL values for multiple site options on a property to minimize risk to life, the assessor and landowner can quickly repeat the process on other potential sites. If they don’t receive desirable BAL values, they can continue searching for a safer place to build without leaving the site.

Even Better Than Anticipated

A benefit no one had expected was that the process would provide assessors with the opportunity to educate landowners about fire safety for their particular property. 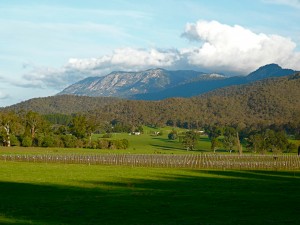 “Most people want to build a house at the highest point of their property, right next to the native vegetation. But often that’s the most dangerous location,” Barrett explains. “Having the data available on-site allows assessors to show the landowner the dangers of their plans, get immediate buy-in to propose other building sites, and confirm their new site’s risk levels.”

The project also got off the ground in record time. In just a few weeks, the entire FME portion of the project was planned and implemented. When the BAL algorithm needed to be updated the day the project was scheduled to go live, Barrett wasn’t worried.

“With FME on the backend, if there are calculation process changes in the future, there’s lots of flexibility to make these updates without a developer,” says Barrett. “When the algorithm change needed to be made, I was confident that I could update BAL Plan in under an hour without any panicked phone calls.”

As the world’s first iPad application for calculating the bushfire attack level of a property, BAL Plan is receiving rave reviews. Not only are local fire officials and landowners excited about it, but it’s catching the eye of surrounding authorities for their own planning permit assessments.

“We designed BAL Plan specifically so that it could be used by as many authorities as possible, even outside Alpine Shire. The purpose was to minimise the risk to life and property, not just here, but anywhere that’s affected by bushfires,” Barrett explains. “We’re now looking to roll out BAL Plan to other regions, and FME Cloud will make this even easier than we had imagined.”

It was a finalist for the Australian national 2013 Excellence in eGovernment Award (geospatial category), and is under consideration for the 2013 Resilience Australia Awards (local government category) and the 2013 Victorian PIA (Planning Institute of Australia) Awards for Planning Excellence (improving planning processes and practices category).

We here at Safe wish them the best of luck!

Hear Barrett tell his story first-hand in this video:

Small businesses have gotten SaaS-y! And with good reason....

In the Nick of Time: Automating Wildfire Threat Assessments

FortisBC uses FME to automate the ongoing integration of BC Wildfire Service wildfire data into their Smallworld GIS environment, enabling their Operations Managers to accurately assess the current wildfire threats to its buildings, transmission and distribution assets, and customers. As summer came to a close here in British Columbia, Canada, you could hear a collective […]...