Hi FME’ers,
I’ve been getting interested recently in QR codes – having seen them becoming more prominent in daily life – and wondered if there were any useful applications for them using FME. As always, there are a ton of things we can do with this technology – but whether they are useful applications I’ll let you decide!

What are QR Codes?
In case you are wondering what I am talking about, QR codes are a form of two-dimensional barcode. They look something like this:

I believe the original idea was to code components in a car manufacturing plant, but they can be used to encode any type of information, and with a larger capacity than a regular barcode. Of course, this was of little use to most people, who rarely carried a QR barcode scanner around with them, until….. smartphones!

Now that most people do carry a tool that can read a QR code, their use is taking off in everyday life. They can be used to transmit web page URLs, email addresses, phone numbers, SMS messages, calendar events, business cards (vcards – like the one above), plain text, and more.

So, is there a geographic/FME use for them?

FME Server URLs as a QR Code
If you know FME Server then you’ll know that it is really just (just!) a way to run a workspace online and stream results back to you. Since it relies on URLs to carry this out, it’s not difficult to encode an FME Server URL into a QR code.

Browsing to an FME Server repository, I can select a workspace and see the URL/request to call it is as simple as:

So now I can visit any number of online QR code generators (there’s a list at the foot of the page), enter the URL, and get a code back:

If you have a smartphone with a QR Code reader, then give it a try. The above code will run an FME Server streaming workspace and return a JPEG file showing the Netherlands and part of Scandinavia. Your phone should open it automatically.

Uses
OK, that’s all good. So now, whenever I put out a map, document, poster, etc from which it would be useful to link to this data, I can just add the QR code image. For example, a real estate agent could add it to their brochure for a property, and people could thereby access a FME Server-generated map directly from their smartphone.

Of course the benefit of FME Server – over another method – is that it’s all dynamic. The data being retrieved and served could change over time, or you could even deliver different results every time!

For example, in a political campaign I have a whole bunch of election signs to which I can add a QR code (the same for all).

When one of my team of helpers takes a sign down, they scan the QR code and FME delivers a map of the nearest election sign still to be removed. BUT – and here’s the clever part – it tags that sign in the database so that if a helper elsewhere scans the code, they will not get the same sign.

So I can have a team of people removing signs and being directed to the next – without overlaps or clashes – until all signs have been tagged as removed.

Other Formats
OK, so the previous example used JPEG. Now let’s try an FME Server masquerading as a WMS: 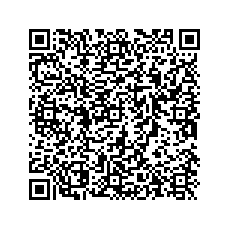 Again, it works for me. This image is larger simply because there is more data to encode (a longer URL). Now let’s go for yet another format and try streaming a PDF:

Yes, that one works for me too – how about you?

To cut a long story short, I can quite easily get FME Server to send raster information straight to my phone when prompted via a QR reader. Where I was disappointed was in not being able to get any sort of streamed vector data back – for example an XML feed, KML dataset, GeoRSS, GeoJSON, etc.

I’m thinking this might be more a problem with either my phone’s compatibility, or the QR reader; maybe you can try to see if it works for you? Or is there a GIS app for a smartphone that could have data streamed to it?

GEO Tags on QR Codes
OK, so a URL returning data from FME Server is one example. Are there any more? Well, yes. One other form of QR code involves a GEO tag. Instead of a URL, you use the format GEO:<lat>,<long>

Most online QR code generators have the option to generate a GEO tag, but to incorporate this into FME the most useful concept would be to have FME turn spatial features into a lat/long and create a QR code from that.

What helps here is that the Google Chart API now includes an option for QR code generation.

You might be aware – but probably not – that FME already has a transformer to access Google Charts: the WebCharter. It doesn’t yet support the QR code option, but that doesn’t really matter as we can do the same thing with a HTTPFetcher.

Here’s a workspace I came up with (click to enlarge):

The sequence of actions is:

What I get from this is a set of QR codes, for example Batholomew.png:

I fire up the QR Reader on my iPhone (yes, that’s right, I don’t check messages that often): 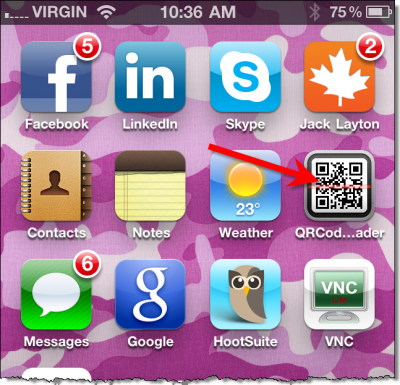 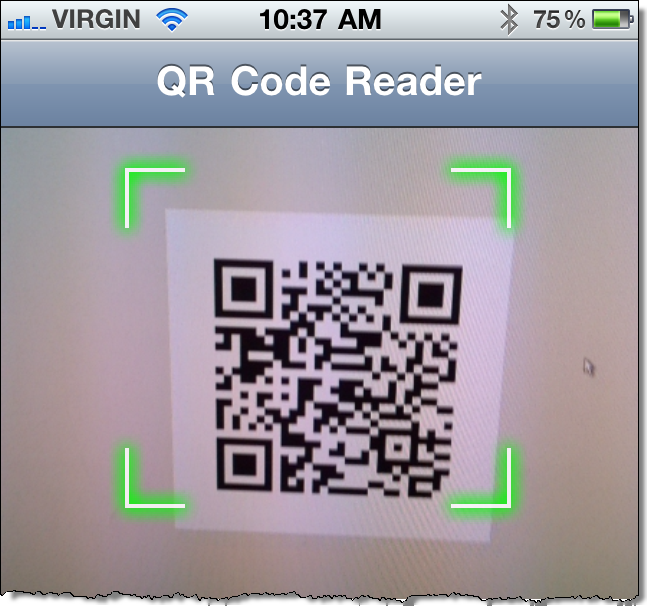 …and the map opens right up at the expected spot: 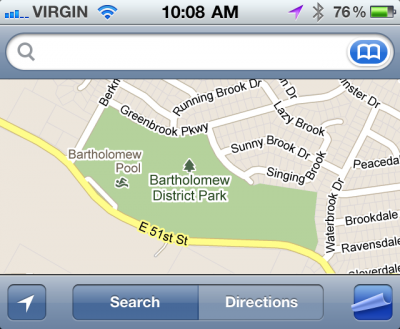 Of course, I’m using the GEO tag there, but there’s nothing to stop you adding different information to features you’ve read with FME; for example I could have created a QR code with a link to a URL for each park, or I could have merged in some attribute data and added that as the content. 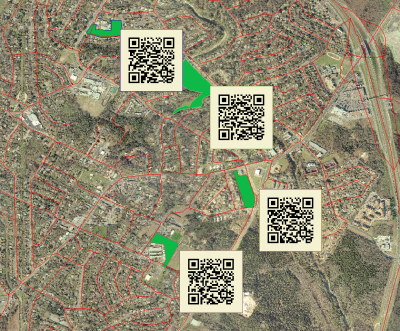 Whether it’s a good idea or not, we’re seeing a few more folk use FME to directly create cartographic products. There was a fantastic example from Spain we saw that created an output in PDF. When you’re doing that, perhaps there is a place for embedding FME-generated QR codes too?

Other FME-Generated QR Codes
So then I got wondering if there’s any other use for FME-generated QR codes?

I guess you could extract the full geometry of a feature (GeometryExtractor) and wrap that up, though it makes for a fairly large code, and you’d need the reader customized to understand what OGC WKT (for example) is meant to be: 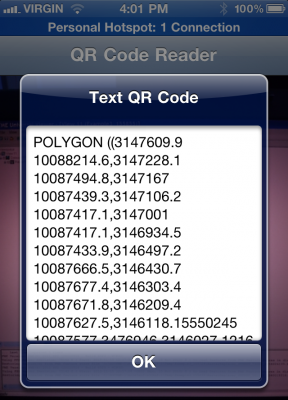 But I’m not sure really where this could go. The one other thing I found was that a QR code that directs you to google.com/gmm from a smartphone returns a map centred on my location – but while nice it’s not FME related unless I can add extra data around it, and I couldn’t manage that. I’ll leave that idea to other inquiring minds.

Conclusion
As always, there are some interesting things you can do with FME and a bit of imagination. If you do come up with anything interesting on the subject – and I know some folk have – then please do send me an email and share what you find.

As promised, some sites to create QR Codes are: